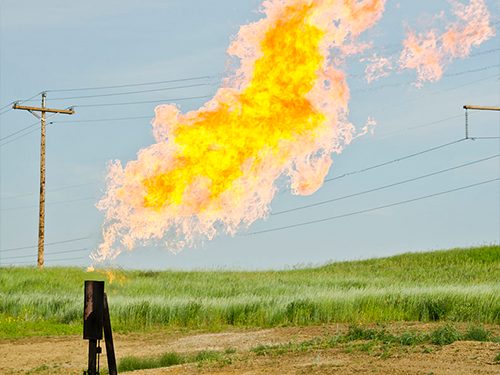 Investors should demand immediate action from the oil and gas industry on five key climate metrics that will largely determine the progress of climate action over the next eight years, say two climate policy experts.

“For all the attention to corporate net-zero by 2050 commitments, the reality is that actions in this decade will be decisive for both the planet’s warming trajectory and [fossil] energy firms’ viability in the energy transition,” write Erin Blanton, a senior research scholar at Columbia University’s Center on Global Energy Policy, and Ben Ratner, associate vice president at the Environmental Defense Fund.

On the first of the five, “this was the year that the international community woke up to the magnitude of the methane challenge and opportunity—a vital first step in the energy transition,” they write. In addition to contributing to an advanced understanding of the gas’ acute effects on climate, methane tracking by satellite opens the door to greater transparency and accountability. Blanton and Ratner say investors should “expect upstream actors to commit to verifiable 0.20% methane intensity by 2025”.

In a similar vein, new information on natural gas flaring shows it to be “even more detrimental than previously understood,” they add. Although some major fossil companies have pledged to reduce flaring in their supply chains, many of them are simply continuing business as usual. Blanton and Ratner say investors should favour operators that “expand the scope and tighten the timeline of their flaring targets” and continually demonstrate meaningful reductions.

There is considerable debate within the industry on whether oil and gas companies should branch into the renewables industry, say Blanton and Ratner. Businesses should be taking a hard look at how they can leverage their strengths and make themselves risk-proof for the looming energy transition, but whatever path they choose should align their capital spending and corporate disclosures with a science-based net-zero target.

Next, the authors point to the U.S. fossil lobby’s largely obstructionist approach toward progressive climate and energy legislation. In response, they say investors can shift their support to companies that are willing to constructively participate in “next-generation methane rulemaking from the [U.S. Environmental Protection Agency], and in delivery of cleaner gas to Europe in anticipation of forthcoming emission standards.”