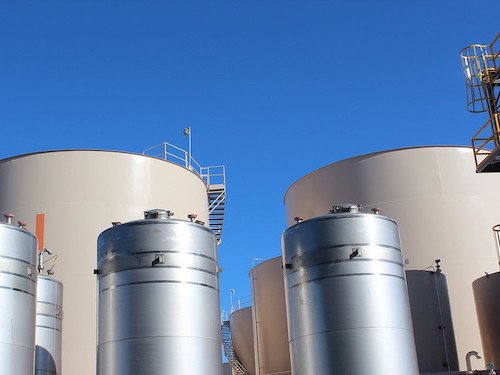 Saskatchewan Premier Scott Moe is celebrating the announcement of a new C$2-billion canola crusher and renewable diesel plant as a “big win” for everyone from the economy to families to the environment. But his assessment glosses over complex questions on all three fronts.

On the face of it, the complex to be built in north Regina promises some important local economic wins, with the Canadian Press reporting that the project, scheduled for completion by 2027, “is expected to create more than 2,500 construction jobs and 150 permanent operating jobs.”

Alongside those immediate benefits, the plant is being welcomed as a potential example of a just transition in action. With some caveats, federal NDP natural resource critic Charlie Angus told the Toronto Star that “moving workers from one high-emission sector to a low-emission sector (will) be very positive as we move towards a credible plan for transition.”

Citing his company’s commitment to reduce its emissions 40% by 2030 and hit net-zero by 2050, with a portfolio that remains heavily weighted toward fossil fuel production and delivery, FCL CEO Scott Banda told CP that “there’s regulatory requirements for that, and it is the right thing to do for the long-term, for our economy and for humanity.”

In May, Food Business News reported that the oil producer had pulled off a serious coup in securing the crusher deal. That’s because such processors are in short supply—and in very high demand—as companies like Federated seek an easy path to offset emissions. Renewable diesel very much fits that bill: it’s easier to handle than biodiesel, requires neither engine modifications nor specialized storage, can be mixed directly with either fossil- or biodiesel, and it’s cheaper than biodiesel to produce.

But there are some serious clouds on the horizon, most immediately that demand for canola is running ahead of supply, thanks in part to the ongoing drought on the Prairies.

That’s been a grim reality for anyone trying to put food on the table. Scarce supply has been combining with high demand, driven significantly by companies trying to cash in on the renewable diesel boom, to produce serious food inflation.

New data from Statistics Canada shows that the price of cooking oil increased 41.4% between December 2020 and December 2021. Canola is also used as animal feed, particularly for hogs and farmed fish, so supply shortages are leading to price hikes for those commodities, as well.

While canola crushers do produce food-grade oils, the new Saskatchewan plant will be purpose-built to feed some 1.1 million tonnes of canola per year into FCL’s renewable diesel facility.

It’s part of a trend that adds up to a lot of canola. According to the Globe and Mail, FCL/AGT’s biodiesel ambitions, together with new projects announced in rapid succession last year by Richardson International, Ceres Global, Cargill Inc., and Viterra Inc., “would increase Canada’s canola crush capacity by 6.8 million tonnes, or 62%.”

Ceres Global and Rotterdam-based Viterra, in particular, have been clear that the exploding market for renewable diesel is driving their interest in building canola-crushing plants.

Yet Mercantile Consulting Managing Partner Marlene Boersch is skeptical about the volumes of canola that will be available to crush, noting that even before last year’s devastating drought, yields had been flat since 2017.

Patrick Bergermann, FCL’s associate vice-president of energy road map, said the company “expects its plant to purchase some canola that would otherwise go for export, which usually accounts for about half the annual crop.”

Expect hard bargaining and reduced margins, was the response of Ken Ball, a commodity futures adviser with PI Financial. He, too, “expects project delays or cancellations,” the Globe says.

No matter what happens with the markets, Saskatchewan canola producer Bernie McClean said he intends to keep sowing 40 to 50% of his fields with the crop, and no more, since crop disease can be the result of sowing fields too often with canola.

“If we get too carried away, Mother Nature has a way of coming around to bite us in the butt,” he told the Globe.

It may prove difficult to rein in the stampede to renewable diesel, however. With the U.S. Environmental Protection Agency expected to approve canola as a feedstock for greener jet fuel, Canola Council of Canada CEO Jim Everson said the demand from that one source could hit 6.5 million tonnes per year by 2030—nearly four times today’s volume, and close to the total output of all the new crushing plants now on the drawing boards.

But with a recent Angus Reid survey concluding that 35% of Saskatchewan residents are now “struggling” economically, and more than 90% of that group having trouble putting food on the table, a big, new source of canola demand might be the last thing regular consumers need.

Meanwhile, after many years of debate, questions remain about whether biodiesels, including canola-derived renewable diesel, fall on the right side of the low-carbon transition. While “some U.S. studies say producing and burning biodiesel results in approximately half the emissions of diesel because of the plant’s ability to sequester carbon,” the Toronto Star writes, other studies show that “those gains are outweighed by emissions from farm equipment and land use changes.”

Stephanie Searle, fuels program lead at the International Council on Clean Transportation’s (ICCT), said those impacts mean producing more canola-derived fuels is nothing like a silver bullet to get Canada to net-zero emissions by 2050.