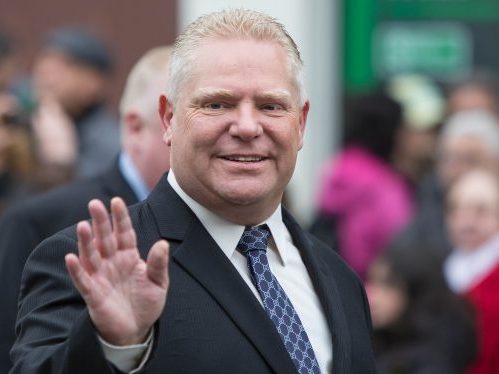 “We’re fighting the carbon tax because it hurts seniors, workers, families, and small businesses,” Ontario Premier Doug Ford tweeted in 2019. Which makes it all the more interesting that Ford’s government instituted a new Ontario “carbon tax” this year, and it looks a lot like what he campaigned against, writes green economy lawyer Marc Goldgrub.

Ford’s “tax” takes the form of the Emission Performance Standards (EPS) program. On January 1, it replaced a similar program operated by the federal government called the Output-Based Pricing System (OBPS), one of the federal carbon pricing backstop program’s two components—the other being the fuel charge.

Both the OBPS and EPS are cap and trade-style programs for large industrial facilities. More forgiving than the fuel charge, the programs are meant to ease the regulatory burden carbon pricing imposes on industry. The programs work by placing a permitted limit, or “cap”, on facilities’ annual emissions. If a facility emits more than the cap, it can buy allowances from facilities emitting under their cap (that can profit by the sale), or pay the government per excess tonne of carbon at the applicable rate.

Under the EPS, when facilities pay the excess emission charge to the government, that revenue goes to a Greenhouse Gas Reduction Account used to support Ontario industries in reducing emissions. And that’s also how much of the cap and trade revenue was allocated by Ontario’s previous government, led by Kathleen Wynne.

Facilities forced to spend on lowering emissions or paying for them will likely pass those costs on to consumers. In this way, an industrial carbon price ultimately serves as an effective consumer carbon tax. Admittedly, Ford was stuck with carbon pricing of some kind in Ontario following the Supreme Court of Canada’s ruling in favour of the Greenhouse Gas Pollution Pricing Act’s constitutionality. But if Ford hates carbon pricing so much because of the extra costs passed to consumers, he could have made Ontario’s program revenue neutral.

The federal law allows provinces to price carbon however they want as long as a program meets or exceeds federal standards. And provinces can make whatever use they want of the proceeds.

Ford’s government could have come up with its own fuel charge in addition to its industrial program, and ensured that citizens’ entire cost burden associated with carbon pricing was simply returned or offset. Tax breaks or credits, like those given in British Columbia’s program, were one option. Direct payments, like the federal Climate Action Incentive payments Ontario residents receive annually (soon quarterly), were another. They could even have copied Washington State’s (ultimately unsuccessful) 2016 proposal and reduced sales taxes.

Ford’s government, of course, did not make their carbon pricing program revenue neutral.

Furthermore, because the federal program returns all collected funds back to the provinces, and primarily serves to proscribe preferred corporate behaviour, the federal carbon price is not and never was a tax. Rather, it is a “regulatory charge”, as court after court reiterated in the various multi-million dollar lawsuits Ford launched or invited during his futile anti-carbon pricing crusade. Conversely, since Ford’s program will give the province a new source of revenue it can spend with considerable leeway, it looks a lot more like a carbon tax than what Justin Trudeau’s government passed.

Marc Z. Goldgrub is a lawyer at the Toronto-based Green Economy Law Professional Corporation: a corporate, commercial, and environmental law firm for the new green economy. Republished with permission. You can subscribe to Marc Goldgrub’s green economy newsletter here.