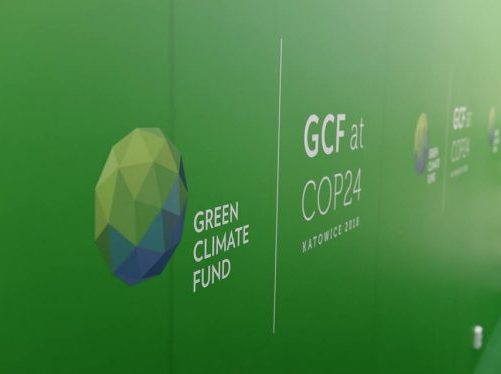 Inadequate resources, data, and infrastructure in half of the world’s most vulnerable countries are restricting their access to urgently-needed climate adaptation dollars from the UN Green Climate Fund (GCF), a new study shows.

The process for gaining access to funding “is lengthy and extremely complicated. Many countries give up along the way because it requires significant investment,” Kulthoum Omari-Motsumi of the Africa Adaptation Initiative told Carbon Brief.

The GCF is the largest of four funds administrated through the United Nations Framework Convention on Climate Change (UNFCCC) and aims to mobilize US$7.2 billion for climate adaptation. Through the GCF, countries can arrange readiness funding to build capacity for attracting, administering, and using climate adaptation finance, or funding for projects “that concretely aim to adapt to the impacts of climate change,” the researchers say.

The fund is mandated “to prioritize adaptation funding with a floor of 50% of the adaptation allocation for particularly vulnerable countries, including least developed countries (LDCs), small island developing states (SIDS), and African states.” Following from the fund’s ranking criteria, this mandate extends eligibility to 154 countries, 84 of which received funding from GCF between 2015 and 2019, split roughly 50/50 between mitigation and adaptation.

Based on these metrics, it appears the GCF is meeting its goals. However, the researchers found that funds were distributed relatively evenly across the eligible countries, indicating no special targeting for the countries in greatest need. Furthermore, the study says there is no clear method for measuring and evaluating vulnerability, and the current method used by GCF prioritizes upper-middle as well as low-income countries.

To better assess whether funding is making its way to the countries that need it most, the researchers conducted a “more granular” analysis of recipient vulnerability levels using methods that already exist and are used in other contexts, as well as data from the World Bank, reports Carbon Brief. Then they ranked countries’ vulnerability from high to low.

Of the 154 countries that are eligible for GCF dollars, the new ranking categorized 37 nations as most vulnerable. Those countries were more likely to receive readiness funding than project dollars, and 16 of them—including countries also beset by conflict, like Afghanistan and Yemen—received no project funding at all. Some 8% of the most vulnerable countries received no funding of any kind, including Eritrea, Somalia, and Yemen.

“While the GCF has provisions in place that are meant to help these countries claim their share of funding, many have been hindered by complex processes and lack of capacity,” says Carbon Brief.

Institutional capacity was also a limiting factor for some of the countries that successfully applied for funds, with 6% relying on international organizations to broker the process.

“Our analysis suggests that with the emerging architecture of global adaptation finance in the post-Paris world and its shift towards more competitive elements and funds-based allocation, some countries might be at risk of failing to develop direct access to funds and ownership over them—or even miss access to critical funds altogether,” the researchers write.

China’s Plans for Greenest Olympics Fall Short of the Podium