China’s Plans for Greenest Olympics Fall Short of the Podium 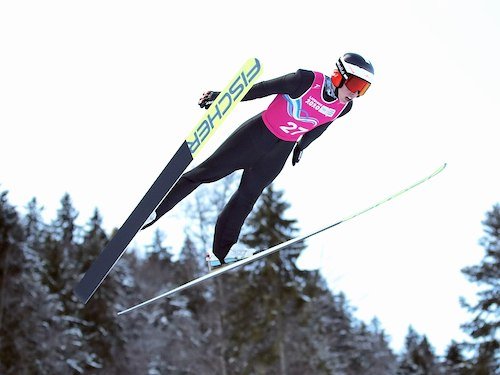 China is promising something close to the greenest Olympics the world has ever seen. But the reality is likely to fall far short of the podium.

The official line on the 2022 Winter Olympics, which begin in Beijing and its hinterland on February 4, is that China will win gold for green and clean, a claim that is hard to square with realities like the country’s ongoing dependence on coal, and the fact that many of the events will depend upon aquifer-parching artificial snow, writes the Washington Post.

A poster child for the decidedly non-green reality facing Beijing spin doctors is Zhangjiakou, a ski resort area located some 120 miles from Beijing that will host cross-country, Nordic, snowboarding, and ski jumping events. Located less than 150 miles from the rapidly expanding Gobi Desert, Zhangjiakou is a decidedly parched place at the best of times.

“Its population relies on water extracted from underground and fed in from wetter regions via a vast network of pipes and canals,” notes the Post.

Likewise casting a pall over China’s efforts to win green gold is its continued dependence on the world’s dirtiest fossil fuel. Notwithstanding promises that the Games venues themselves will be powered 100% by renewables, the country currently burns 50% of the world’s coal.

Highlights of Beijing’s pledge to pull off an environmentally sustainable Olympics include a fleet of 1,000 or more hydrogen-powered buses to shuttle athletes within the Olympic bubble, as well as a promise to offset whatever emissions are generated when non-renewable energy use is unavoidable.

“In Zhangjiakou alone, tree planting covered 3,521 square miles to reach a net-zero target,” notes the Post. And 20,000 trees were transplanted en masse into a new park when it was discovered (belatedly, by vigilant biologists) that a proposed route to a new venue would cut through a protected forest.

Then there is the issue of all that artificial snow—of which China is generating a great deal, after promising “freedom of snow use” to all citizens.

Despite reassurances that the snow-making process is environmentally friendly, the Post writes, “it remains unclear how Beijing has been able to ensure vast quantities of artificial snow are available without depleting water supplies.”

In its original bid to host the Games in 2015, Beijing went so far as to declare that “as there are abundant water resources near the ski resorts, and the melted snow will be recycled, snowmaking during the Games will not have any negative impact on the local ecosystem.”

But even then, the New York Times noted dryly that “‘abundant’ is not a word often used to describe Beijing’s water supply,” and it is certainly not applicable to an area like Zhangjiakou which is officially semi-arid.

Not to say that China is the first to use the PR equivalent of performance-enhancing drugs to tout its green credentials. Described by its Russian hosts as the “cleanest ever” Olympics, notes the Post, Sochi 2014 was seriously sullied by revelations that a major mountain waterway had been sacrificed to the Olympic spirit, and that construction waste was illegally dumped.

Martin Müller, a professor of geography and sustainability at the University of Lausanne in Switzerland, said holding Olympic host countries to account on their green pledges is bound to fail without clear objectives, third party monitoring, and sanctions to punish noncompliance.

“Everybody would complain if you didn’t measure the milliseconds of the 100-metre sprint,” he said. “But with sustainability, it’s really up for grabs for the host to decide what to do.”