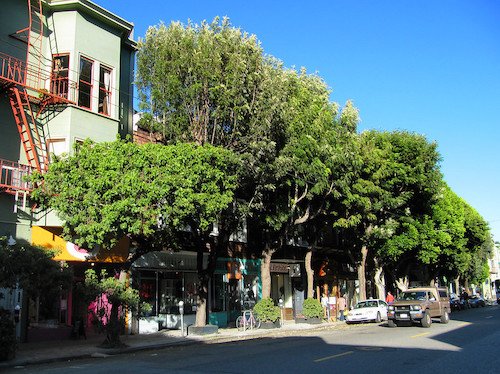 Friends of the Urban Forest/flickr

Some 44% of global urban GDP is at risk thanks to environmental degradation caused by the exponential growth of cities since 2000, says a new report. But “nature-positive” investment could be profoundly regenerative, creating nearly 60 million jobs and generating more than US$1.5 trillion in revenues by 2030.

The World Economic Forum’s BiodiverCities by 2030 Initiative seeks to reverse the existential threat posed by the catastrophic relationship cities now have with nature, offering a detailed plan for harmonious coexistence by 2030, says a WEF press release.

There’s no time to waste to get on with that transition, the report authors note [pdf]. “Between now and 2030, 1.5 million people are expected to arrive in urban areas every week, and 75% of the population on Earth will be living in cities by 2050, compared with 56% today.” They urge “multistakeholder action” to combat the environmental destruction that has historically occurred when cities expand, adding that “a high proportion of the direct impact to nature from this urban expansion is forecast to occur in some of the most biodiverse and environmentally-intact regions in Africa, Asia, and the Americas.”

With so much at stake, the report calls for “nature positive actions” and stresses the opportunities that will accrue from pursuing them.

Unpacking the business case for BiodiverCities in a separate brief [pdf], the authors write that by “investing in Nature-based Solutions (NbS) for infrastructure—such as prioritizing reforestation to smother heat waves or flooding from storms—cities can derive significant benefits.”

Those forms of infrastructure are 50% cheaper than “grey”, man-made alternatives, says the report, and deliver 28% more direct and environmental benefits.

So far, “with less than 0.3% of current spending on urban infrastructure going to NbS, there is a significant investment opportunity for cities to tap into—estimated to reach up to US$113 billion annually in 2030,” the report brief.

Taken together, “this $583-billion investment opportunity in nature could generate $1.5 trillion in annual business value for investors by 2030, and possibly significantly more with the introduction of new technologies and markets.”

And investing in nature in and around cities will be a job generator: more than 59 million by the end of the decade, “equivalent to 1.5% of the projected global labour force.”

The report authors list three core transformations in urban development models that will be necessary to make their BiodiverCities by 2030 vision a reality.

The first is for legacy models “driven by cost efficiencies and ad hoc urban planning” to be replaced by an approach to urban governance that considers the needs of all stakeholders and accounts for the value of natural ecosystems.

This shift will require “ownership by top levels of government, strong coordination and leadership at the city level, and policy that fosters innovation and holds the private sector accountable for its impact on nature.”

Second, city planners must “restore the ‘natural layer’ as the backbone of their development.” That will mean “preserving natural habitats within and around cities, renaturing degraded land (through, for example, community-based tree planting), and ‘growing smart’ by embedding nature in new or upgraded infrastructure.”

Finally, investors will need to be persuaded to bank on nature. That effort should include “adopting standardized biodiversity data to inform investment decisions and creating new markets and models” to reduce risk.