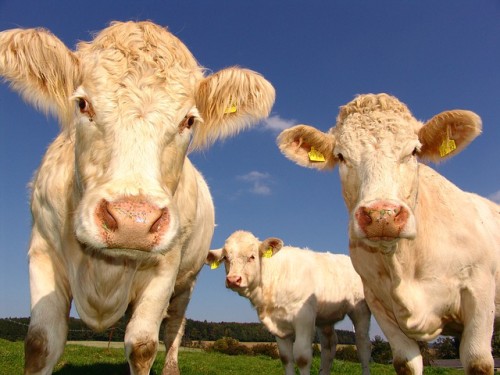 A move to reduce meat consumption could reduce greenhouse gas emissions from agriculture by 62% across the world’s 54 richest countries and free up enough land to store 100 billion tonnes of carbon, a new study concludes.

“It is perhaps one of the biggest environmental health opportunities out there,” said lead author Zhongxiao Sun of the China Agricultural University, in a media release announcing the study results. “A rapid shift to these diets could really help society stay within environmental limits.”

Existing studies “tend to work from the assumption that the whole world adopts a specific dietary change,” Dr. Nynke Schulp, an associate professor of land use, lifestyle and ecosystem change at the Vrije Universiteit Amsterdam, told Carbon Brief. “This study’s focus on dietary change in high-income nations is an important nuance, both from a mitigation potential perspective and from a climate justice perspective.”

The gains projected in the study are “about the same positive impact as all countries signing up to and implementing the COP 26 declaration on the transition to 100% zero-emission cars and vans globally by 2040,” said Dr. Sonja Vermeulen, lead global food scientist at the World Wildlife Fund.

The study measures the impact on emissions if the 54 wealthiest countries—which consume a disproportionate amount of meat and dairy globally—shifted dietary habits to align with the EAT-Lancet planetary health diet. Notably, EAT-Lancet prescribes a diet with less animal-based foods, but does not omit meat and dairy entirely.

In addition to reducing agriculture emissions, the shift would also free up a land area larger than the European Union, the new study found. The researchers calculated that land area could store around 100 billion tonnes of carbon by the end of the century if it were allowed to revert to its natural state through passive restoration, the equivalent of 14 years of global agricultural emissions.

The study team also cited other opportunities for high-income countries to reduce emissions through diet that were not reflected in the study. They include eating more offal, and cutting down on the 5.8% of agriculture emissions generated by producing alcoholic beverages and stimulants, such as coffee, cocoa, and tea. However, “sociological and policy complications” would make that dietary shift difficult, they acknowledged.

“The onus is on high-income nations to transform food systems,” study co-author Dr. Paul Behrens of Leiden University told Carbon Brief. “It will be vital that we redirect agricultural subsidies to farmers for biodiversity protection and carbon sequestration. We must look after farming communities to enable this in a just food transition.”

And “we don’t have to be purist about this,” he added, since “even just cutting animal intake would be helpful. Imagine if half of the public in richer regions cut half the animal products in their diets? You’re still talking about a massive opportunity in environmental outcomes and public health.”