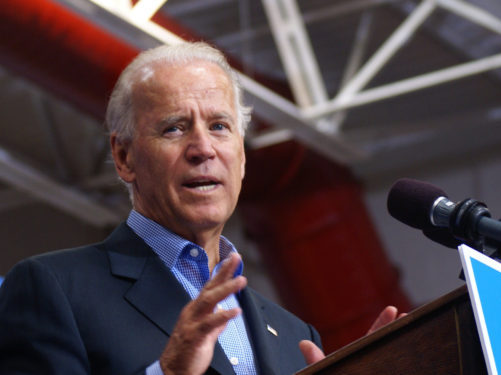 After months of political drama, President Joe Biden is moving closer to breaking up his mammoth Build Back Better legislation to salvage elements of the plan that have enough support to survive a vote in the U.S. Senate, with major new investments in climate action and renewable energy as his lead priority.

“Well, it’s clear to me that we’re going to have to probably break it up,” Biden told media Wednesday. “I’ve been talking to a number of my colleagues on [Capitol] Hill,” and “I think it’s clear that we would be able to get support for the US$500 billion-plus for energy and the environmental issues that are there.”

In reaction to that statement, “many Democrats and climate advocates echoed the urgent need to pass the climate provisions and stressed that Biden’s legacy—and the planet—depend on it,” the Washington Post reports. “House Democrats facing tough re-election fights have urged party leaders to break up Build Back Better into smaller bills and pass them individually.”

Rep. Ro Khanna (D-CA) told the Post he was optimistic that Democrats in Congress will adopt the $555 billion in climate and renewables measures that Biden is proposing, after renegade Sen. Joe Manchin (D-WV) signalled he could “come to agreement” on the White House climate package.

“There are still details to iron out in the climate package,” Politico Morning Energy writes, “but the crux of the provisions appear to have support across the caucus, including a smorgasbord of expanded clean energy tax credits for technology including wind, solar, nuclear, hydropower, and carbon capture.”

So now, “I think we ought to give Senator Manchin a leadership role in putting something together and seeing what can be a consensus,” Khanna told the Post. “And I’m confident that we can get robust climate provisions and other provisions. It’s not going to be everything, but we can get something that’s a broad consensus.”

While climate hawks among Senate Democrats haven’t been thrilled with the idea of splitting the Build Back Better bill, some of them had eased their positions as of Wednesday.

“The climate justice and clean energy provisions in Build Back Better have been largely worked through and financed, so let’s start there and add any of the other important provisions to support working families that can meet the 50-vote threshold,” Sen. Ed Markey (D-MA) told Politico.

“I think we have to go into that Build Back Better bill and do the core provisions that reduce costs for Americans,” added Sen. Tim Kaine (D-VA).

“We should pass whatever can pass,” said Sen. Brian Schatz (D-HI). “It’s as simple as that. We are all using our brains and our egos to make this more complicated than necessary. Let’s figure out what’s got 50, and enact it.”