Permafrost Thaw Could Threaten Half of Arctic Infrastructure 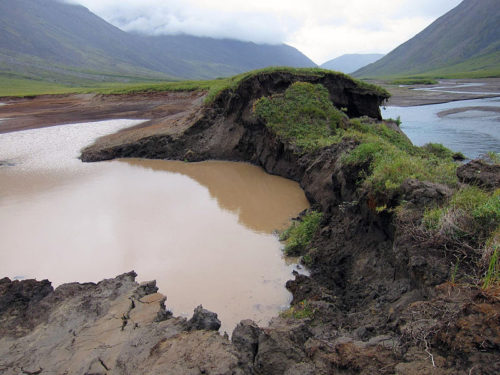 Warming global temperatures are transforming Arctic regions, where thawing permafrost and peat fires threaten up to half of the existing infrastructure by 2050, leading to damages worth tens of billions of dollars, a new study concludes.

“Infrastructure is in trouble,” co-author Dmitry Streletskiy, a geographer at George Washington University, told Reuters. “But it’s not like an earthquake. It’s a relatively slow process, which gives us enough time” to prevent some of the damage.

The new study reviews two decades of research and finds that the world’s permafrost—land that stays frozen all year round—has warmed at an average rate of 0.3° to 1.0°C per decade since the 1980s. In some areas of the High Arctic, the total increase has exceeded 3°C over four decades. The thawing ground is already starting to damage roads and buildings as it shifts and buckles, and scientists expect further impacts as climate change continues to raise temperatures.

Satellite imagery reveals that at an estimated 120,000 buildings, 40,000 kilometres of roads, and 9,500 kilometres of pipelines could be at risk, with threats to some Canadian highways, the Trans-Alaska Pipeline System, and some Russian cities, Reuters writes.

Other side effects of climate change are compounding the effects of higher temperatures. The warmer atmosphere has doubled the number of lightning storms in Arctic areas, sparking fires on peatlands. Once the fires burn off the insulative vegetative layer, the ground is exposed and it thaws faster. Both the burning organic matter and melting soil release more carbon and methane into the atmosphere to contribute to the greenhouse effect. The rapidly warming ground also creates vast sinkholes—up to 30 metres wide and three metres deep— in a process called thermokarst, reports Wired [$].

“It’s really an upending of a system,” said Mark Lara of the University of Illinois at Urbana-Champaign. “It’s pretty crazy how fast things are changing.”

People continue building in the Arctic despite these threats, and satellite images show that coastal infrastructure has increased by 15%, or 180 square kilometres, since 2000, reports Reuters, citing a different study.

Streletskiy’s report notes there are engineering solutions that can cool permafrost and stabilize infrastructure, but these are often expensive.

The analysis calls for additional research to better understand the regions at highest risk.