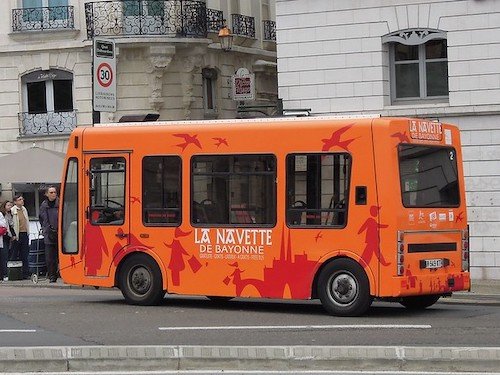 The city of Montpellier, France has cancelled a €29-million order for 51 hydrogen buses after concluding that an electric fleet would be six times less expensive to own and operate.

The city had announced the Montpellier Horizon Hydrogen project in December 2019 in partnership with Hynamics, a subsidiary of Électricité de France (EDF), and had netted €18 million in financial backing, including regional, national, EU, and private sector funds, Recharge News reports.

Now Mayor Michaël Delafosse, first elected in June 2020, is shutting down the project.

“Hydrogen technology is promising,” Delafosse said earlier this month. But the up-front funding supports the capital cost of buying the buses, not running them, and those day-to-day operations “would be six times more expensive than with electric buses. So, for the moment, we are giving up on hydrogen buses; we will see in 2030 if hydrogen is cheaper.”

Julie Frêche, the Montpellier Méditerranée Métropole vice-president responsible for transportation, said it would cost the city €3 million per year to operate each hydrogen bus, compared to just €500,000 for the electric equivalent. Hynamics declined to comment, Recharge News says.

“Green hydrogen is an inherently inefficient and expensive solution for road transport,” the Oslo- and London-based publication explains. “It requires renewable electricity for electrolysis to create the H2, more power to compress the gas, which needs to be stored in large tanks,” and “an expensive filling station is required to pump the stored hydrogen into a vehicle, where a fuel cell converts the H2 back into electricity.” That makes it “much more efficient and cheaper to pump the renewable electricity directly into a vehicle battery.”