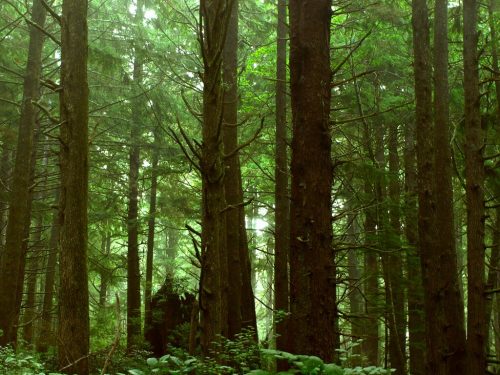 It’s far more effective to protect and manage existing ecosystems than to later restore forests by planting new trees, says a team of researchers that developed a hierarchy to guide policy-makers on the best ways to store carbon on a rapidly warming planet.

“As conservation practitioners and scientists at three international non-governmental organizations, we often observe land-based climate mitigation strategies that prioritize restoration over improved management or protection,” writes the team led by Susan Cook-Patton of The Nature Conservancy in the journal Nature Climate Change.

For example, of the C$3.8 billion the Canadian government announced to fund natural climate solutions (NCS) over 10 years, 81% will go toward planting two billion trees, while land protection and improved management will each receive 16% and 3% of the funding, respectively.

“This relative allocation contrasts with recent research, which suggests that protection and improved management NCS offer the most cost-effective options for nature-based climate mitigation in Canada,” they write, adding that the pattern is evident beyond Canada.

Many countries that include the land sector in their emission reduction pledges, or Nationally Determined Contributions, under the Paris climate agreement show similar patterns in their NCS plans. So do corporate and other private actors. The researchers hope their hierarchy will help redirect this trend. Their analysis looked at different NCS options to determine magnitudes of mitigation potential, timelines for fulfilling that potential, cost-effectiveness, and possible co-benefits. They conclude that land protection as most important, followed by improved management, then restoration in last place.

“Protection NCS are first in the hierarchy because they can offer a high per-hectare mitigation that can be realized quickly and at a comparatively low cost per tonne of CO2 emissions, typically with many co-benefits,” they write. NCSs that prioritize land protection also align with global commitments to stop deforestation, limit forest degradation, and halt biodiversity loss.

The researchers place improved management NCS second on the hierarchy because they often have a lower flux density—the change in greenhouse gases per unit of forest—but are often more cost-effective than restoration.

Although restoration NCS offer high potential to store carbon, they fail to protect intact lands that are likely to be deforested or otherwise disturbed. Shifting land uses from restoration NCS can lead to cultural, social, and economic barriers—for example, restoring areas that were deforested to create pasture would displace communities dependent on the livestock.

However, “alternative scenarios are possible where the future extent of the agricultural lands remains constant or increases.”