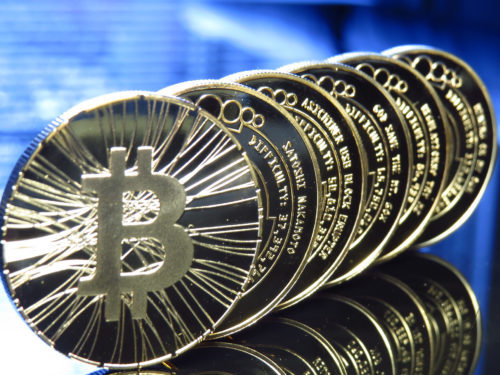 A company facing more than C$7 million in penalties for operating two gas-fired power plants in Alberta without approvals has been ordered to shut down a third facility, after the plant in Westlock County was also found to be operating without approvals.

The Alberta Utilities Commission (AUC) has also reopened its investigation into the previous two operations, combining it with the new Westlock investigation. At issue is whether the company was generating power for its own use and if the original penalty amount should change with the new information provided by the company.

Energy consumption and environmental concerns with bitcoin mining have surfaced around the world with a number of countries—including China—banning it outright.

China cited environmental concerns and cracked down on bitcoin mining this past summer. In August, an American company announced plans to power up to a million bitcoin “rigs” relocated from China to Alberta.

“It’s a question of what is the highest-value end use of an electron,” said clean energy policy consultant Ed Whittingham, former executive director of the Pembina Institute, in an exclusive interview with The Energy Mix. “Is it to mine a bitcoin? Or is it to help to get to these long-term goals that really balance environmental and social benefit?”

Whittingham said he would like to understand the environmental and social benefits produced by cryptocurrencies like bitcoin “because right now, it seems pretty opaque to me.”

The University of Cambridge tracks bitcoin network power demand and updates every 24 hours. It estimated bitcoin miners around the world used 127 terawatt-hours of electricity in 2021. This is about the same amount used by the entire population of Argentina, Colombia, Norway, Sweden, and Ukraine, writes Forbes.

Kazakhstan surged in its involvement in cryptocurrency mining this past summer after miners left China, but soon encountered energy and environmental concerns, according to Reuters. Unregistered cryptocurrency miners were suspected of consuming twice as much power as registered companies.

“If the AESO (Alberta Electric System Operator) is doing a long-term outlook around what our electricity needs are and how we’re going to get to a net-zero grid, we certainly have to start factoring this in,” said Whittingham.

“There is room for a certain degree of self-supply. But then there’s the temptation to start taking electrons off the grid to run these data centres when we need more electrons on the grid, and they’ve got to be clean electrons, because we are going to electrify mobility and heat.”

As more and more people switch from internal combustion engines to driving electric vehicles, there is expected to be exponential growth in demand for electricity.

AESO, which manages and operates the province’s power grid, projects an increase in electric vehicles ranging from 200,000 to two million by 2041. , The peak demand from all of those EVs charging at the same time would amount to 3,900 megawatts (MW) of electricity, enough to power two cities the size of Calgary, CBC reports—although plans are afoot elsewhere to balance that demand or use EV batteries as storage capacity for the grid itself.

“Companies have a right to generate their own electricity supply, but it should ideally be in a co-gen way, where you’re using some for self-supply and putting some back into the grid for grid stability reasons,” said Whittingham.

But that’s not what Link Global Technologies Inc. was doing. The Vancouver-based company used natural gas to power generators from reactivated wells owned by MAGA Energy Ltd. of Calgary on three sites. The gas generators ran facilities housing computing equipment used to “mine” or generate bitcoins.

Link was running a 5-MW power plant in Sturgeon County, about 10 kilometres northwest of Edmonton, a 3.5-MW operation near Kirkwall in southern Alberta, and an 8.9-MW facility in Westlock County, north of Edmonton.

The three sites were each generating less than 10 MW of electricity, and Link claimed it was for its own use. The rules allowed them to proceed without an approval if certain additional environmental and community consultation requirements were met. AUC has since ruled the power generation was not for the company’s own use and found the sites had not met the other requirements, either.

“It could make it very hard to achieve net zero 2035 electricity grid targets with this kind of pulse in demand, and it does seem to pose a regulatory hornet’s nest if you have these tech companies getting into the game of being big power producers,” said Whittingham.  “And when you’re at the megawatt scale, you’re a significant producer. I was astounded at the size of what they’re doing.”

In the days immediately following news of the huge penalties, Link announced it had acquired Clean Carbon Equity (CCE), a British Columbia company that calculates, trades, verifies, and retires carbon credits and offsets. Formed in 2021 with two staff members listed on its website, the firm already styles itself as “one of Canada’s leading traders of Verified Emission Reduction Credits in the voluntary carbon offset market.”

Link confirmed its own intention to become carbon neutral by 2026.

Pressure has been mounting on cryptocurrency miners to decarbonize the industry. The Crypto Climate Accord was introduced last April and now has more than 150 signatories. Link was one of the companies that signed on to the climate agreement.

Whittingham said bitcoin miners should do what Amazon is doing and sign long-term power purchase agreements with Greengate Power, which is building Canada’s largest solar project near Lomond, Alberta.

For now, Link has had its request for environmental approval to restart its Kirkwall plant put on hold.

The regulator said in its decision to reopen the investigation that Link had “failed to disclose material information and in fact had provided incorrect or misleading statements.”

Link created a “special regulatory compliance and advisory committee” consisting of two independent directors of the company, and filed a 439-page response last November. On the first page of the document, the company admitted to providing incorrect or misleading information and not disclosing material information.

Link also said after the penalty was announced they were never directly engaged in bitcoin mining at any of the three plants. They said they were operating a data centre—hosting bitcoin mining equipment, generating the power to run the computers, and maintaining the facility for third-party clients.

The commission maintains that generating power to host another company’s bitcoin mining operation does not qualify as “own use” or “self-supply.”

Since the largest portion of the penalty proposed by the AUC enforcement team was based on the estimated economic gains the company received from bitcoin mining, the new information may affect the $7-million charge.

The company also revealed in the filing that its board of directors only learned of the AUC’s enforcement when it was first reported by CBC News journalist Sarah Rieger.

CEO Stephen Jenkins’ future with Link Global “will be reviewed at the conclusion of the AUC’s proceedings,” the November 12 submission said.

The utilities commission first became aware of Link’s operations almost a year ago after receiving a noise complaint from 10 neighbours living near the Sturgeon County plant. They discovered the company had not sought any approvals to operate.

During their investigation, AUC enforcement staff said the company told them it owned a third facility in Westlock County but said it was not yet operating. AUC later discovered it had been operating for about six months.

According to documents filed by the AUC, staff noticed news releases from the company stating that Link was “operating a 10-MW site at Westlock.”

After reading the releases, AUC launched a second investigation into the Westlock plant, which was then also ordered shut down. All three facilities had ceased operations by late November, 2021.

“I really hope they come down pretty hard and discourage this kind of what I’d call shifty behaviour,” said Whittingham.

Link has until January 31to file any written submissions ahead of a new hearing, which has yet to be scheduled.

“What we’re worried about at the highest level is we’ve got a bunch of coal generation coming offline early in Alberta by 2030, seven years ahead of schedule, which is a fantastic story, but already we’ve got a real ‘dash for gas’ when we should be ensuring that wind and solar takes up as much of that replacement generation as possible,” said Whittingham.

“And now with the repurposing of these gas wells and these generators, it’s taking us further in the wrong direction of how we need to be producing power in this province.”