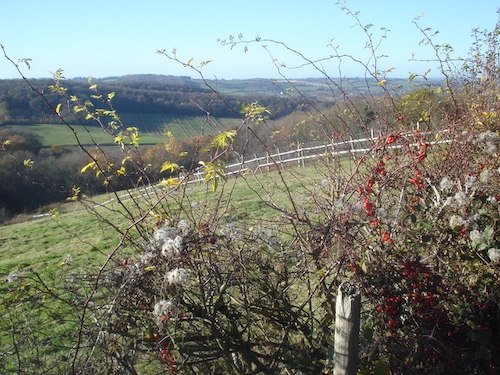 The United Kingdom is taking a new approach to farm support with programs that aim to “rewild” farmlands, but some residents are worried about how the new policies will affect rural economies.

“The government must also ensure that policy changes look towards domestic food production and security,” said Mark Tufnell, president of the Country Land and Business Association, which represents 28,000 farmers. “We need to guarantee that profitable agriculture remains a core part of the rural economy and feeds the nation sustainably.”

The UK government has invited bids from farms to participate in 10 to 15 pilot projects scaled between 500 and 5,000 hectares, reports The Guardian. By paying farmers to rewild portions of their land by planting out hedgerows and leaving unproductive portions of land to nature, the projects are intended to protect wildlife habitats and improve the status of some of England’s most threatened species.

Rewilding is part of a general farm program overhaul within the country following Brexit. When the country was part of the EU, its programs were funded through the Common Agriculture Policy, which paid farmers by the acre. The UK’s new approach will instead provide payments for environmental improvements.

But despite rewilding’s potential environmental gains, communication barriers are stalling progress. Tenant farmers worry they will be displaced by the programs and rural residents are concerned about losing local jobs, The Guardian writes.

Although a report from Rewilding Britain maintains rewilding will add jobs to rural economies, farmers have resisted past projects—such as one in Wales— because they felt sidelined by the process. For its part, the Department for Environment, Food, and Rural Affairs (DEFRA) says it “will continue working with farming experts to make sure the scheme is accessible to tenant farmers and those farming common land.”

However, George Dunn of the Tenant Farmers Association said there is “no clear plan for access to these schemes by tenant farmers,” the Guardian says.

Rewilding Britain admits it made mistakes in the Wales project, but insists it’s a fallacy “to think rewilding is about abandoning land, food production or communities,” the paper adds.

One rewilding project in Scotland is trying to overcome those barriers by actively engaging communities to address their concerns. “If rewilders are really aligned with the landscape, they will be looking at every possible opportunity to engage with the people entwined with it,” said Paul Howell, a psychologist working with the program to mediate conversations.