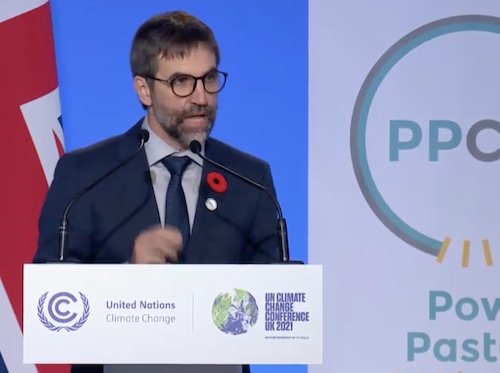 Citing “overwhelming interest” from the public, the federal government is extending the consultation deadline on its plan to meet a 40 to 45% carbon reduction target by 2030, while the fossil industry signals plans to continue expanding the oil and gas extraction that drives those emissions higher.

The precision of that deadline—right down to the time zone—was an improvement over the previous announcement on the ECCC website, with a cut-off for submissions that was variously interpreted as noon last Friday or 11:59 PM Thursday. The confusion ricocheted through the climate community for a couple of days, and it extended to departmental officials, as well, The Energy Mix learned last week.

Leadnow had generated 13,537 responses to the plan as of Sunday afternoon, with an action alert that originally set a target of 7,000 actions. A new organization, Climate Messengers, is out with a toolkit to help supporters take part, or you can click straight through to the ECCC questionnaire here.

But while Guilbeault and his department pursue the mandated consultations under the Canadian Net-Zero Emissions Accountability Act, Canada’s major tar sands/oil sands producers are touting their plans to increase production.

A declining five-year cap on fossil fuel emissions is one of the marquee promises in the government’s 2030 plan, after those emissions rose 26% between 2000 and 2019, while the carbon capture technologies the industry is touting as a solution are neither reliable nor affordable. But “one of the world’s dirtiest oil patches is pumping more than ever,” the Wall Street Journal headlined last week, adding that four Alberta fossils—Canadian Natural Resources Ltd. (CNRL), Suncor Energy, Cenovus Energy, and ExxonMobil subsidiary Imperial Oil—all “extracted more crude from those fields in last year’s third quarter than the same period a year earlier.”

CNRL told investors last week that it plans to increase its production to between 1.27 and 1.32 million barrels per day, up from 1.235 million last year, while raising its capital expenditures by nearly a quarter, The Canadian Press reported. Exxon aims to sell off its shale oil and gas holdings in Western Canada, “a decision that could make oil sands its largest Canadian onshore production business,” Reuters says. Cenovus CEO Alex Pourbaix told the WSJ the sector “will continue to see growth,” after his company doubled its shareholder dividend and increased its output for the third quarter of last year by 50,000 barrels per day.

That would be the same Cenovus CEO who’s been demanding lavish taxpayer subsidies—potentially as high as C$52.5 billion—to help his industry bring its production emissions to zero by 2050. None of that effort would put a dent in the roughly 80% of the emissions in a barrel of oil that occur after the product reaches its end user.

The Wall Street Journal article pointed to the continuing output from Canadian-headquartered (though not Canadian-owned) fossil producers after international operators like Royal Dutch Shell sold off their tar sands/oil sands operations.

“Governments and financial institutions are pushing to wean the world from fossil fuels to address climate change,” the Journal wrote. “But demand for [fossil] energy remains robust. So long as existing oil fields—no matter their carbon footprint—remain profitable, they are likely to remain in production long after big-name multinational companies walk away.”