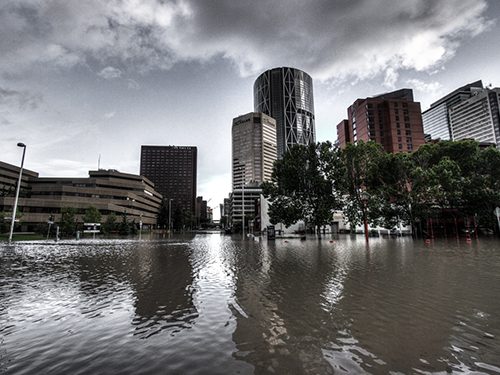 A new report suggests Canada is not doing enough to adapt to and prevent the effects of climate change and is lacking the critical data it needs to do so.

“I mean, 2021 has really now been a wake-up call that these are no longer sort of one-off anomalies, but this is sort of new patterns,” said Scott Vaughan, a senior fellow at the International Institute for Sustainable Development, and chair of the climate adaptation expert panel that produced the report.

He told The Canadian Press the 2021 heat wave, deadly wildfires, and fall flooding in British Columbia are just the latest examples of the massive human and economic costs climate change is bringing with it, and how ill-prepared we are to both prevent and respond to it.

There are many possible solutions, including inexpensive homeowner fixes that can prevent basement flooding and better withstand fires, to more drastic and expensive planned relocations of people out of areas at high risk of a flood or wildfire.

But the panel says making decisions is difficult if all the data on risk isn’t presented in a comprehensive and accessible format so politicians, local officials, and individuals can make informed decisions on what they’re likely facing, and what they can do about it.

The panel was commissioned by the Council of Canadian Academies, after it was asked by Public Safety Canada to answer questions about how Canada can be more efficient at disaster risk reduction and climate change adaptation.

The federal government is in the midst of preparing a national adaptation strategy, promised by the Liberals by the end of this year.

Disaster risk reduction is typically a more immediate response to prepare for a known threat and respond after it happens. Climate change adaptation is longer-term in its thinking, involving investments that set people and structures up better to withstand the harder and more frequent hits from floods, fires, heat, waves and major storms.

While the two things are similar, they are often carried out in silos and sometimes are at odds with each other, CP writes. And both are stymied by outdated, incomplete, and sometimes even obsolete data on weather patterns and extreme weather events.

Until the 1960s, Canada averaged fewer than 30 climate disasters every decade, but in the last few decades, the average is more than 100.

Before 2000, there were on average three wildfire-related disasters every 10 years, but since the turn of the century, they’re occurring an average of three times every year.

But the report says even that data is not reliable. The Canadian Disaster Database, which is supposed to track in detail all types of disasters where more than 10 people are killed, or at least 100 people are affected, hasn’t been updated in almost three years.

It is also not comprehensive, relies on a “wide range” of sources that may not be comparable, isn’t geographically specific enough, and reports inconsistently on costs and losses.

Flood maps that would be critical for homeowners and local land use planning committees are often outdated. Climate data that can inform the risk of heat, heavy rainfall, or wildfire is limited by geography, often applicable to areas so large they are less useful to local governments making decisions about where to allow building.

And while Canada has spent decades preparing expensive engineered protections like dikes, berms, and seawalls, nature-based solutions—like more green space in cities, or coastal marshes—can both prevent or protect against climate damages, while simultaneously providing people with recreational and natural benefits. But knowledge of how well nature-based solutions work is limited, the report said, which means decision-makers often don’t consider them.

The panel isn’t making specific recommendations, but does suggest that Canada would do better if it had a national climate tracking system, along the lines of the public-facing COVID-19 database developed by Johns Hopkins University in Maryland to track the novel coronavirus in 2020.

“A reliable, consistent, and complete set of disaster data is crucial for understanding and managing disaster trends,” the report said.

In the end, adaptation is largely about choosing to act now to prevent harm later, which isn’t always an easy sell, particularly without good data, said the report.

But the difference between resilience and vulnerability can be huge. If a mid-sized Canadian city isn’t properly prepared, a major rain event may result in wide-scale flooding when outdated flood protections fail, resulting in losses of both lives and livelihoods.

Proper adaptation to move the most vulnerable, and protect what remains, results in “a very different set of consequences,” the report said.

This report by The Canadian Press was first published January 13, 2022.