Air Sampling Technique for Animal DNA Could Be Boon for Biodiversity 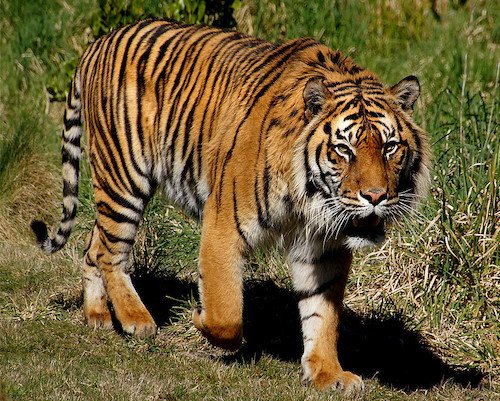 Two separate teams of scientists have tested a potential new way to identify the invisible, the secretive and the hard-to-track species that make the wilderness truly wild: sniff the air. The technique may help address a biodiversity emergency that is unfolding in tandem with the climate crisis.

Each group of researchers calculated that they might be able to identify the presence of mammals, birds, reptiles and even fish by simply sampling the air, the two teams report in joint papers in the journal Current Biology: however diluted, the air would contain environmental DNA, telltale genetic material from a wild thing’s breath, saliva, fur, or even faeces.

Then they each devised tools to test the hypothesis, by sampling the air and identifying the inhabitants in zoos in Britain and in Denmark.

And it worked. The British team identified 25 mammals and birds in their air samples, including the Eurasian hedgehog, now classed as endangered in the UK. The Danish group detected 49 non-human vertebrate species of mammal, bird, reptile, amphibian, and fish—the armadillo and the okapi among them, but also ornamental fish in a pond, the salmon fed to captive animals, and even the squirrels and rats and mice considered as pests.

In short, there may be a new way to measure the biodiversity of a forest or savannah, wetland, desert, or mountain peak.

Biodiversity is in global crisis: a million species may be at risk of extinction this century from either human destruction of habitat, or from human-triggered climate change. And as scholars, governments, and international agencies have repeatedly confirmed, climate change and biodiversity loss are not separable. The mass and variety of living things manages the air, water, and food supplies for the planet, and the climate as well: intact forests play a vital role in absorbing atmospheric carbon dioxide, and the creatures of the forest are equally vital to the maintenance of a functioning forest.

But there is a problem: many of the world’s threatened species are hard to spot. They can be identified by a footprint, or a dropping, or caught by a fixed camera, but there’s still a large element of luck. Molecules of their DNA floating in the air would be a sure sign of their invisible—and recent—presence. The challenge is to collect and detect the evidence.

Researchers led by Elizabeth Clare, now at York University in Toronto, Canada, but at the time at Queen Mary College in London, UK, report that they collected 70 samples of air from Hamerton Zoo Park in Cambridgeshire: the molecules of DNA in those samples told them of lemur and tamarin, howler monkey, sloth, tiger, and even a budgerigar.

“We had originally thought of going to a farm, but if you pick up cow DNA you must ask, ‘is that cow here or is it some cow 100 miles away or in someone’s lunch?’” Clare explained.

“But by using the zoo as a model, there’s no other way I would detect DNA from a tiger, except for the zoo’s tiger. It let us really test the detection rates.”

And Kristine Bohmann, of the University of Copenhagen, one of the scientists from the Danish group, reports that her team used three different devices at three locations in Copenhagen Zoo.

“Early in my career, I went to Madagascar hoping to see lots of lemurs. But in reality, I rarely saw them. I mostly just heard them jumping away through the canopy,” she said. “So for many species, it can be a lot of work to detect them by direct observation, especially if they are elusive and live in very closed and inaccessible habitats.”

She described the results of the zoo samples as astonishing. “In just 40 samples, we detected 49 species spanning mammal, bird, amphibian, reptile, and fish. In the Rainforest House, we even detected guppies in the pond, the two-toed sloth, and the boa.”

The two groups saw each other’s papers on a pre-print server, and decided on a joint approach to the journal.

“We decided we would rather take a bit of gamble and say we’re not willing to compete on this,” said Clare. “In fact, it’s such a crazy idea, we’re better off having independent confirmation that this works. Both teams are very eager to see this technique develop.” 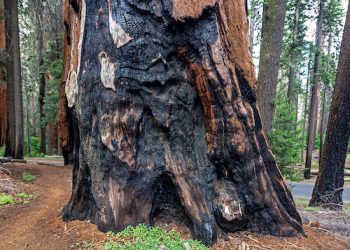