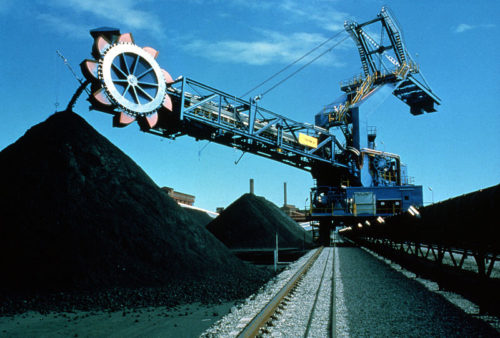 “Without strong and immediate actions by governments to tackle coal emissions—in a way that is fair, affordable, and secure for those affected—we will have little chance, if any at all, of limiting global warming to 1.5°C,” IEA Executive Director Faith Birol told the Guardian.

Coal consumption fell 4% in 2020 during the economic slowdown caused by the pandemic. But the past year’s recovery caused a surge in energy consumption that is pushing gas prices higher and making coal a cost-competitive alternative.

“Overall coal demand worldwide—including uses beyond power generation, such as cement and steel production—is forecast to grow by 6% in 2021,” the IEA reports. That growth will not exceed 2013 and 2014 levels, but weather patterns and economic growth could push demand to “reach new all-time highs as soon as 2022 and remain at that level for the following two years, underscoring the need for fast and strong policy action.”

The report was issued about a month after the COP 26 climate negotiations, where China and India succeeded in weakening language for a commitment to cut coal emissions from “phasing out” to “phasing down.”

“The pledges to reach net-zero emissions made by many countries, including China and India, should have very strong implications for coal—but these are not yet visible in our near-term forecast, reflecting the major gap between ambitions and action,” said IEA Director of Energy Markets and Security Keisuke Sadamori.

The United States and the European Union are expected to increase coal use by 20% from 2020 levels, though demand will stay below 2019 levels. “The use of coal plants [in these countries] is expected to go back into decline next year as electricity demand slows and the expansion of renewable energy alternatives continues,” The Guardian writes.

The IEA projects that both India and China will reach all-time highs in the coming year, with coal-fired generation set to expand by 12% in India and 9% in China. Because those two countries dominate the global coal market, they “hold the key to future coal demand,” the agency says.

“We are on the way to consigning coal to history,” COP 26 President Alok Sharma told The Guardian. “But in the case of China and India, they will have to explain to climate-vulnerable countries why they did what they did.”