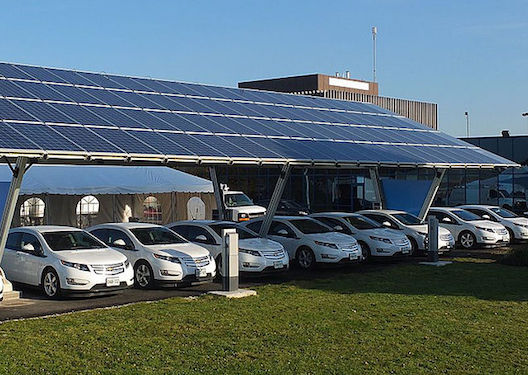 An industry group representing three of Canada’s biggest automakers has warned that public electric vehicle charging capacity is nowhere near what’s needed to drive up sales of electric cars, just days before two of the three companies unveiled plans to boost production.

Brian Kingston, president of the Canadian Vehicle Manufacturers Association, said a national EV charging network requires years of careful planning to ensure the charging stations are available when and where people need them, The Canadian Press reported late last year.

He said Canada hasn’t done the planning and instead has a fractured response with very low ambitions compared to the rest of the world.

The news landed just before the December holiday. Then this week, Ford Motors announced that it will nearly double production of its F-150 Lightning electric pickup truck due to surging customer demand, and Stellantis said its Chrysler brand will go all-electric by 2028.

“Previously Ford had expected to build 80,000 per year at the new factory, which likely will have to be expanded to handle the increased output,” writes The Associated Press. “The company says nearly 200,000 people have put down US$100 refundable deposits on the trucks. It’s now sending out emails asking customers to convert their reservations to actual orders by picking a dealer and agreeing on a price.”

Chrysler’s plan is to demonstrate a new concept vehicle named for its 1930s Airflow sedan at this week’s Consumer Electronics Show, introduce its first EV in 2025, and complete the shift out of gasoline-powered vehicles within three years.

“Stellantis said last July it planned to invest more than US$33 billion through 2025 on electrifying its vehicle lineup,” Reuters says. “The company, formed in January 2021 from the merger of Italian-American automaker Fiat Chrysler and France’s PSA, said it is targeting more than 70% of sales in Europe and over 40% in the United States to be low-emission vehicles—either battery or hybrid electric—by 2030.”

The International Energy Agency says Canada currently has 0.06 chargers for every electric vehicle on the road.

Ottawa is in the early stages of mandating that all new electric vehicles be zero-emission by 2035, but Kingston says that will only happen if the price is right and the charging is easy and accessible.

The main body of this report was first published by The Canadian Press on December 20, 2021.