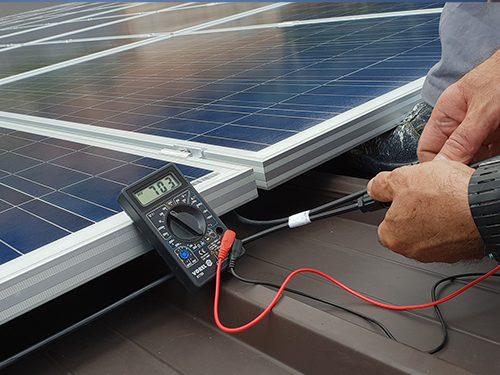 January 31, 2021: A Canadian solar company claimed no Uyghurs were employed at its 30-MW solar farm in China’s Xinjiang region, nor were any members of the persecuted Muslim community being forced into labour anywhere along its solar supply chain. But human rights observers said that last assertion didn’t stand up to the evidence.

Guelph, Ontario-based Canadian Solar claims that all of the seven people who work at its solar farm in Xinjiang are ethnic Han, “the majority group in China that make up more than 90% of the population,” writes the Globe and Mail. And despite widespread reports of abuse in the industry, a representative for Canadian Solar told the Globe the company “doesn’t believe ‘there is forced labour in our industry’.”

On the contrary, said company representative Isabel Zhang, the international spotlight on the persecution of Uyghurs stands to hurt the community. “The media narrative is not helpful for companies that don’t support forced labour, that wouldn’t engage in forced labour—because we would really think twice if we are employing Uyghur labour,” she said. “In a way, that’s actually bad for the Uyghur ethnicity.”

That logic doesn’t stand up in the face of the corroboration, however. “Evidence for involuntary employment in Xinjiang come from numerous official documents about transfers of ‘rural surplus labourers’ as well as the existence of manufacturing plants alongside, and sometimes inside, fenced detention facilities,” writes the Globe. Personal testimonials from Uyghurs have also played a role.

The international outcry has led the Canadian government to propose a law requiring companies seeking federal trade commission assistance in China to supply a “Xinjiang Integrity Declaration.” Ottawa has also formally advised companies working in China that they face legal risks and “reputational damage related to their supply chains if it is discovered that they are sourcing from entities that employ forced labour.”

As for Canadian Solar’s assurances, any denial of the potential for forced labour in the solar supply chain “defies belief,” said Nathan Picarsic, co-founder of Horizon Advisory, which is currently gathering evidence of forced labour throughout the polysilicon supply chain in the Xinjiang region.

More than a third of this critical solar panel component is produced in Xinjiang, by four of the world’s top manufacturers of the material. Horizon found that these companies “‘appear actively to participate in the resettlement of ethnic Uyghurs from poor areas of Xinjiang’ and ‘contribute to and implement re-education programs that impose political and military training on resettled populations’,” the Globe reports. The company explicitly named Canadian Solar as a buyer as recently as 2019.

Even if Canadian Solar comes through in its stated intent to audit its supply chains, that work is getting more difficult. “Numerous international audit groups have said publicly they will no longer work in Xinjiang, where authorities have used tools of surveillance and law enforcement to interfere with visits by outsiders,” the Globe writes.