McDonald’s Failing to Follow Through on Climate Promises, Critics Say 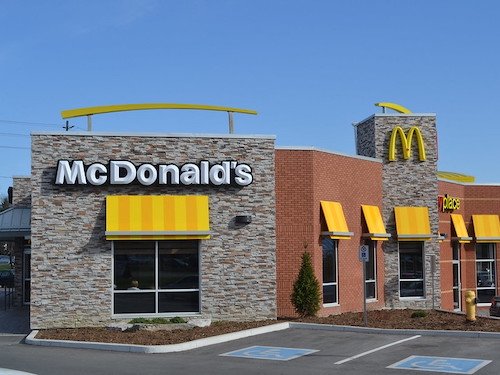 McDonald’s has made several commitments to address its supply chain emissions over the past decade, but critics say the company is not delivering results.

“Companies like McDonald’s get a lot of positive press for making these commitments,” said Jennifer Jacquet, an associate professor of environmental studies at New York University. “But then there’s very little follow-up and follow through.”

McDonald’s sells between one and two percent of the world’s total beef consumption through its 39,000 restaurants in 119 countries, reports Bloomberg Green. Emissions linked to deforestation, feed production, and belched methane from cows make the company a significant contributor to climate change. At more than 53 million tonnes of carbon dioxide per year, McDonald’s produces more emissions than Norway, Bloomberg says. And with that number still rising, climate advocates are calling for the mega-chain to reduce its footprint.

The company claims to have taken several steps towards climate action, including launching the Global Roundtable for Sustainable Beef, promising to purchase some beef from sustainable sources, and pledging to cut down the climate intensity of its food production. This past October, McDonald’s committed to reaching net-zero emissions by 2050.

“But an in-depth examination of the company’s headway—including a review of its beef sustainability pilot projects as well as dozens of interviews with current and former McDonald’s executives, cattle ranchers, industry experts, and scientists—shows that the world’s biggest hamburger chain so far hasn’t reduced the climate impact of its beef,” writes Bloomberg.

Critical assessments of the company’s climate action cast doubt on its commitment. For instance, although McDonald’s has pledged to purchase some of its beef for its 10 largest markets from sustainable producers, many of the sustainability programs that produce this beef don’t actually require ranchers to adopt climate-friendly practices. Instead, ranchers only need to show that they are “aware of management practices that support carbon sequestration and minimize emissions.”

And the funding for climate initiatives is marginal compared to the company’s profits. The annual tab for McDonald’s’ contributions to two of its most publicized projects “likely amounts to just over one hour’s worth of its net profits,” says Bloomberg.

“There does not seem to be any proactive involvement or serious investment by McDonald’s to support its suppliers or make significant changes in its beef supply chain,” said Nic Lees, a senior lecturer in agribusiness management at Lincoln University in Christchurch, New Zealand.

The company’s executives nevertheless maintain that their climate action is significant, claiming that their efforts are still in a transition phase. They say it would be counterproductive, for example, to force ranchers to adopt new management practices, and that a better approach is to build relationships and focus on education.

“We see it as a sector-wide and society-wide responsibility to help support these transitions, because we can’t do it alone,” said Chief Sustainability Officer Jenny McColloch.