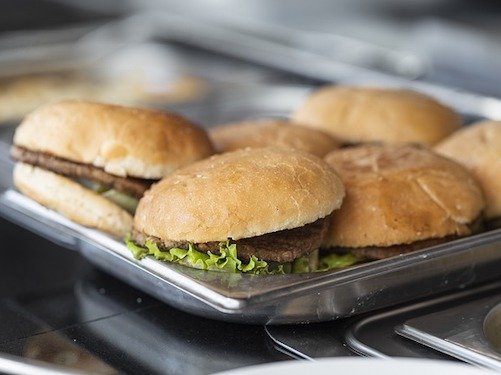 Men account for 40% more greenhouse gas emissions from food than women, likely because their diets are often heavier in meat and alcohol, and “optional” fare like coffee, alcohol, and sweets account for a quarter of food-based emissions, according to a new study in the journal Plos One.

The study broke down the diets of 212 British people and found that animal products were responsible for almost half of the average diet’s greenhouse gas emissions: 31% from meat and 14% from dairy. Drink produced 15% of emissions, and 8% came from cakes, biscuits and confectionery, reports the Guardian.

That makes modifying diets one way to help get greenhouse gas emissions under control, said the science team, led by PhD nutritionist Holly Rippin of the University of Leeds. “There are broad-brush concepts like reducing our meat intake, particularly red meat, but our work also shows that big gains can be made from small changes, like cutting out sweets.”

A separate study published in the Lancet Planetary Health found vegan and vegetarian diets in western countries are roughly a third cheaper than meat-heavy ones, The Guardian says. That finding contrasts with the common perception that plant-based diets are the “preserve of a privileged middle class.”

Comparing “seven sustainable diets to the current typical diet in 150 countries using food prices from the World Bank,” researchers from the University of Oxford found that “in high-income countries, vegan diets were the most affordable, cutting food costs by 21 to 34% compared to average diets, depending on specific food choices,” the news story states.

Vegetarian diets were a close second, with a 27 to 31% reduction in cost, adds the Guardian.

“We think the fact that vegan, vegetarian, and flexitarian diets can save you a lot of money is going to surprise people,” said Oxford University researcher Marco Springmann. “When scientists like me advocate for healthy and environmentally-friendly eating, it’s often said that we’re sitting in our ivory towers promoting something that is financially out of reach for most people. This study shows that it’s quite the opposite. These diets could be better for your bank balance as well as your health and the health of the planet.”