California Scales Back Fracking Approvals Ahead of 2024 Phaseout Deadline 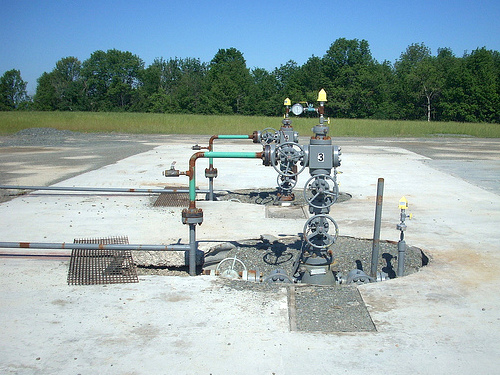 California regulators haven’t approved permits for the controversial oil and gas extraction process known as fracking since February, effectively phasing out the process ahead of Governor Gavin Newsom’s 2024 deadline to end it.

The state’s Geologic Energy Management Division (CalGEM) has rejected an unprecedented 109 fracking permits in 2021, the Associated Press reports, citing a story in the San Francisco Chronicle. That’s the most denials the division has issued in a single year since California began permitting fracking in 2015. Fifty of the permits, mostly from Bakersfield-based Aera Energy, were denied based solely on climate change concerns.

State oil and gas supervisor Uduak-Joe Ntuk wrote in a September letter to Aera that he could “not in good conscience” grant the permits “given the increasingly urgent climate effects of fossil fuel production” and “the continuing impacts of climate change and hydraulic fracturing on public health and natural resources.”

Newsom, a Democrat, called in 2020 for state lawmakers to ban the practice by 2024. But a proposal before lawmakers failed, leading Newsom to direct CalGEM to proceed with the timeline on its own. It’s only one piece of Newsom’s climate change agenda, which includes a complete end to oil and gas production in the state by 2045, long after he’s left office.

Kern County, where most fracking in the state occurs, and the Western States Petroleum Association have sued the state over the denials. WSPA’s lawsuit, filed in October, argues state law requires CalGEM to permit fracking if it meets technical requirements, and that the denials amount to a de facto ban on the process that hasn’t been approved by the Legislature.

A hearing in the Kern case was scheduled for late last month, and the state’s deadline to respond to WSPA’s lawsuit was December 2.

Fracking is the process of injecting a high-pressure mix of water, sand, and chemical additives into rock to create or expand fractures that allow for the extraction of oil and gas, AP explains. Permitted fracking operations account for just 2% of oil production in California. But the practice is controversial due to concerns about the chemicals used in the fracking fluid contaminating groundwater and the earthquake risk it triggers.

Environmental justice organizations representing low-income communities and people of color have protested fracking for its potential water contamination and the methane released by the process. Methane is about 84 times more potent a greenhouse gas than carbon dioxide over 20 years, the time span in which humanity will be racing to get the climate emergency under control.

Juan Flores, a Kern County-based community organizer with the Center on Race, Poverty & the Environment, said by denying the permits Newsom and his administration are living up to expectations set by voters. “This is a type of action that we expected,” he said.

WSPA said in its lawsuit that the state’s permitting process includes stringent requirements designed to protect public health and safety. These actions “don’t really deliver the positive benefits for a fight against climate change, but what they do is impose big impacts on Californians—to their finances, to their freedoms and, essentially, how they live and work every single day,” WSPA President Catherine Reheis-Boyd told the Chronicle.

In his letter to Aera explaining why the state denied permit applications, Ntuk cited extreme heat, drought, and wildfires as examples of the dangers caused by climate change. He argued that CalGEM must ensure the activities it regulates match the state’s environmental, public health, and climate change goals. He added that a 2014 law that gave the agency permitting power over fracking does not require the state to approve permits, even if applications are complete.

Aera spokesperson Kathy Miller did not respond to an email seeking comment.

The Canadian Press carried this story by the Associated Press on November 24, 2021.