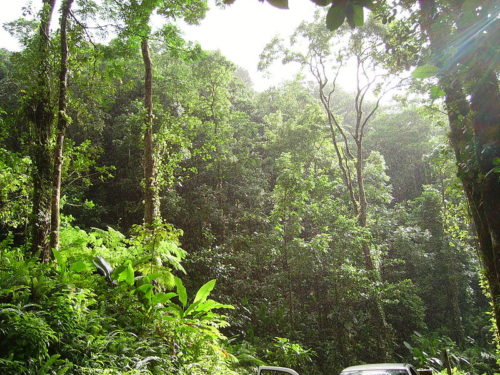 Soils on deforested tropical lands can recover their fertility in less than a decade, but it will still take a century for the newly-regrown trees to fully recover their carbon storage capacity and species diversity, according to a new study in the journal Science.

The research “shows that tropical forests can recover naturally and remarkably quickly on abandoned lands,” the Washington Post reports, adding that the new forest growth can have an important impact on atmospheric carbon levels. The secondary forests “are able to sequester more carbon dioxide from the atmosphere than established forests, like the voracious food intake of a sprouting teen compared to that of an older adult.”

“I was totally surprised how quickly it went,” said lead author Lourens Poorter, an ecologist at Wageningen University in the Netherlands. “These forests can recover very fast and they can do it by themselves.”

“It does provide a glimmer of hope for this process of tropical reforestation,” said conservation biologist Meg Lowman. “My only caution is that I don’t think it’s ever a substitute for the importance of saving big trees and old growth forests.”

Poorter agreed that it’s crucial to maintain current forest cover. “First, stop deforestation and conserve old growth forests,” he told the Post, adding that deforested lands’ ability to recover “is not a licence to kill.”

While older forests store more carbon dioxide than younger ones, those stocks are released when deforestation occurs. But the new information is that cleared land can recover if it’s subsequently abandoned, largely without human intervention. The subsurface soil in tropical forests “often remains relatively vibrant after deforestation, which enables a faster recovery,” the news story states. “The warmth and humidity of the tropics also allow trees to grow extremely fast, with some species climbing more than a dozen feet per year.”

In all of that activity, “the influence of humans is relatively minor compared to what nature itself is doing,” Poorter said. “The conditions are that there has to be nearby forests, and the soil can’t be too degraded.”