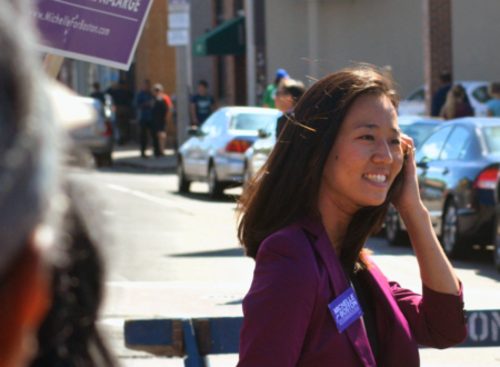 While America’s national Democratic party struggles to get its climate message heard, down-ballot elections are proving kind to progressive candidates who link environmental initiatives clearly to the local public good.

From Massachusetts to Texas, and from Washington State to Florida, local elections for everything from mayor to utility board are paying off for candidates who make the connection between a thriving planet and thriving communities, especially the ones close to home, writes Bloomberg CityLab.

Case in point: climate activist and avowed democratic socialist Richie Floyd, who in early November secured a seat on the city council of St. Petersburg, Florida. He’d pledged to upgrade the city’s sewer system to stop the pollution that regularly produces lethal red tides out in Tampa Bay, much to the distress of the local fishing industry.

Maria Revelles, program director of Chispa Florida, a statewide climate justice group funded by the League of Conservation Voters, praised Floyd’s emphasis on the local. She told CityLab that aspiring local politicians need to be talking with local people about lost homes and livelihoods, those already happening, and those in the offing as the climate crisis ramps up. (Floyd also ran on a promise to “aggressively” transition St. Petersburg to 100% renewable energy.)

“If you’re a candidate in Tampa and don’t have a solution for the red tide, you have a problem. If you don’t talk about hurricanes getting stronger in Orlando, you’re going to have trouble on Election Day,” Revelles added.

Citing the recent election of Boston’s mayor Michelle Wu, who won with a campaign that was explicitly focused on climate and climate justice, Revelles said candidates face defeat if they don’t talk about these issues. “Business as usual is dead,” she said.

Such advice might seem to run counter to the narrative playing out at the national level given that climate change remains “a bitterly partisan issue in the U.S.,” writes CityLab.

But that narrative is shifting, as “what was once seen as an abstract threat happening over decades on a planetary scale is increasingly understood as a crisis that is playing out locally, right now, in flooded basements and broken power grids.”

CityLab cites a recent Yale report which found that “for the first time, a majority of Americans say they’ve personally experienced the impacts of climate change.”

Such painful epiphanies may well help progressive local candidates, who have traditionally been ill-supported by the national climate movement.

Lead Locally, whose roots lie in the 2015 battle against the Keystone XL pipeline, is trying to change the state of play. The group is committed to local climate campaigning, and to “educating the national climate movement about what it looks like for local leaders to win.”

Many of these local leaders—and aspiring ones—are young, and many are persons of colour whose personal backgrounds testify to the lived sincerity of their election platforms.

One of two women of colour who ran for and won seats on Seattle’s Port Commission, Toshiko Hasegawa, invoked her own experience growing up poor in an industrial zone (her family home is beneath the airport’s flight path) in her campaign to make the city’s airport and port more sustainable.

She did not shy away from pointing out that her then-3½-month-old baby could have her life cut short by exposure to fossil fuel emissions. “I ran to make sure we have the most vulnerable people in mind,” Hasegawa told CityLab.

With their eyes on the 2022 midterms, groups like Climate Candidates are working to train political newbies to run on climate and win. Many of the workshops they’ve held have been “party-agnostic”, CityLab says: What matters is the ability to make voters understand that the climate crisis is a local issue.

“The problem of climate change is one of democracy,” Climate Candidates co-founder Katie Walsh told CityLab, as are the solutions to the climate crisis. “You have the fossil fuel industry so heavily monopolizing our local elected officials, and we’re at a crossroads where we need to unlock the claws and the teeth of this industry, at all levels of government.”