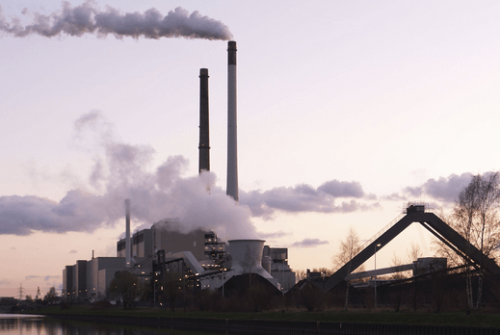 “They have agreed to double Germany’s solar target to 200 gigawatts by 2030, increase the country’s renewables target to 80% of electricity demand by 2030, up from 65%, and bring forward the coal phaseout date from 2038 to 2030,” reports the Institute for Energy Economics and Financial Analysis.

The new coalition will also set out to increase hydrogen investments, make Germany’s heating supply carbon neutral by 2030, and ensure stability of gas and coal supply as “renewable capacity ramps up.”

A 2030 coal phaseout, in particular, is essential to meeting the country’s climate targets, says the European Environmental Bureau. But the new German government will also need to facilitate investments totalling €860 billion by 2030 to reach its goals, with emphasis on retrofitting and upgrading infrastructure, expanding renewable resources, and “building new gas-fired power plants that can eventually operate fully on renewables-based green hydrogen,” writes Clean Energy Wire.

Agreeing on expenses and funding sources is critical for the coalition to successfully carry out its goals. This is the first time Germany will be governed by a coalition of three parties, each of which has support from different social and economic groups. Negotiations leading up to the coalition agreement were complicated, “as each party [had] to keep the interests of its own core supporter groups in mind, striking a balance between the demands of voters hoping for more ambitious climate action policies by the Greens, workers from low-income households hoping for support by the SPD, and high-wage earners and businesses betting on the FDP,” Clean Energy Wire adds.

The agreement was finalized this morning by a formal vote in the Bundestag, with the coalition led by the SDP’s Olaf Scholz, who served as finance minister to now-former chancellor Angela Merkel. The coalition is not expected to deviate far from past policy, but the SDP’s intentions to strengthen the Greens’ environmental policies are creating tension with the FDP’s “aversion to tax hikes,” writes the Washington Post.

Critically, FDP leader Christian Lindner will become the new finance minister, indicating that the FDP’s fiscal preferences “are likely to shape the new government’s monetary policy more than those of the Greens, after Scholz announced debt rules would not be relaxed,” says The Guardian.

Instead of working towards climate goals by raising taxes, the FDP would rather abolish outdated and often climate-damaging subsidies for individual industries. Recent estimates placed those subsidies at €65 billion per year, Clean Energy Wire states.

With Germany’s climate targets already among the most ambitious in the world, the Green Party made several concessions in the agreement, including a compromise to accelerate construction of gas-fired power plants to ease the transition away from coal, reports Bloomberg Green.

The parties say that “all sectors will have to contribute” on further climate legislation. Many of the deadlines for the coalition’s ambitious targets are set in 2030, just nine years away, and will require substantial investment and political will. The target for phasing out coal is particularly contentious and has been a national issue for years, with Germany still relying on the dirtiest fossil fuel for a quarter of its electricity, says Bloomberg.

Experts at the ClientEarth environmental law charity note that the text of the agreement weakens the commitment by saying that Germany will “ideally” phase out coal by 2030. The deal also includes a caveat that the goal will only be completed if the energy supply is secure.

“While it is a relief to see a stated intention for a 2030 phaseout, it’s not a breakthrough – it’s just an official recognition of economic and climate realities,” said Hermann Ott, head of ClientEarth’s Berlin office. “The real question now is if our new governing coalition truly will put in place the right legal rules and economic incentives to make sure we reduce overall energy consumption and can power Germany without sacrificing the planet.”