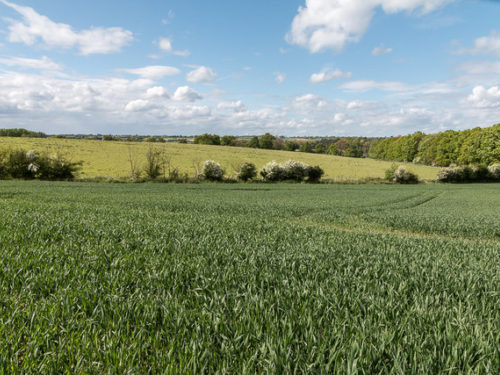 Bucking a trend that has seen Ottawa, Toronto, and York Region cave to the demands of developer-driven urban sprawl, at great cost to farmland and green space, the people of Hamilton delivered a resounding “nope!” to city council plans to convert all unprotected farmland to urban use.

The successful battle to keep 3,300 acres of precious farmland green and growing began when indignant Hamiltonians discovered their city council’s staff report gave them no choice but to convert that land to subdivisions and pavement, writes Halton, Ontario Councillor Jane Fogal in a recent op-ed in the Oakville News.

“Appalled to see there was no alternative presented,” she explains, these citizens “were moved to raise their voices and demand another option—one that kept the current boundary firm.”

Coming from all walks of life—they “were not a part of any pre-existing group,” notes Fogal—more and more Hamiltonians began to talk together and strategize, with Zoom meetings playing a key supporting role. Those sessions led to a concerted public education effort.

“They offered webinars on growth and density,” she writes. “They made videos showing gentle density. They conducted workshops on delegating. They started email campaigns. They taught people the value of farmland. They sought out help from other organizations such as Environmental Defence and Wellington Water Watchers. They learned more about the provincial growth legislation. They started conversations with their councillors. They recruited educators, healthcare professionals, farmers, faith leaders and researchers. They held fundraisers and bought lawn signs.”

And the education campaign worked. When the city sent out a survey to all homes asking people whether they wanted to see Hamilton grow through what it called “ambitious” density, including expansion into farmland, or preferred the higher density required by a firm urban boundary, 90% of the 18,000 surveys returned favoured of growth through intensification within the existing city—even though Hamilton officials “made no other effort to educate its residents about the implications of the two options,” Fogal writes.

The outcome ran counter to an “unprecedented scare tactic from the Minister of Municipal Affairs and Housing,” who saw fit in the run-up to the council’s decision to warn “of potential consequences of not expanding their boundary” in a Hamilton Spectator op-ed, she adds.

With the Hamilton victory in sight, Fogal warns that “all municipalities in the Greater Golden Horseshoe are going through this same exercise of reviewing their official plans and making decisions about expanding their urban boundaries to accommodate growth out to the year 2051, as mandated by the provincial government.”

And she worries about whether Ontarians really understand what is at stake. Noting that “tens of thousands of acres of prime agricultural land are being considered for conversion to urban uses,” she urges citizens to think carefully about broken supply chains and the food insecurity that grow hand-in-hand with the climate crisis.

“Do we really want to destroy tens of thousands of acres of prime agricultural land when only 5% of all the land in Canada is good for growing food?” she asks.

But it’s already too late for the citizens of Ottawa and York to answer that critical question. Full of praise for Hamilton’s decision, the Globe and Mail recalls that February found Ottawa City Council voting for 40% more growth through sprawl. Then last month, “York Region backed a plan for sprawl to accommodate half of new housing—swallowing up almost all of the region’s remaining land.”