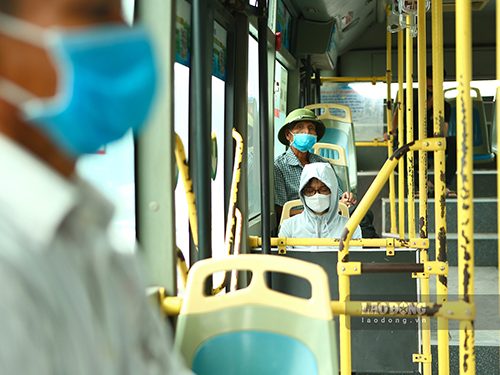 Canadian mayors are calling on the federal government to provide emergency funding for transit, offering an opportunity to cut emissions by investing in alternatives to driving.

“Cities across the country are preparing their budgets now…and that hole in the operating funding for transit is pretty significant,” Halifax Mayor Mike Savage told The Globe and Mail. “If we don’t get some support for that, then we’re going to have to look at what we’re going to do with transit, and it may impact service for our residents.”

Unlike federal and provincial governments, municipalities cannot run deficits to support transit, at a time when low ridership caused by the pandemic is creating “big budget shortfalls”, the Globe says. Ridership in Halifax, notes Savage, is currently at just 60 to 65% of pre-COVID levels, and the city budget projects that to rise to only 80% in 2022.

Mayors are once again looking to fill the revenue gap through emergency federal support, just as they did in 2020 with the C$19-billion Safe Restart Agreement. A Federation of Canadian Municipalities policy document, released to Parliament on Thursday, asks for funds to address issues of transit, housing, and climate change adaptation. It calls for “at least $1 billion a year to fund disaster mitigation and climate resilience projects to protect against fires, drought, and floods,” the Globe reports.

Though the FCM outlines the funding requests separately, investments in transit and climate are tightly linked. A joint statement issued at COP 26 by global networks of mayors and transportation workers—C40 Cities and the International Transport Workers’ Federation—calls on cities to double public transit use by 2030, saying that a transition to electric vehicles won’t be enough on its own to reach a 1.5°C target.

“The groups are calling on world leaders to make sure that everyone living in urban areas has safe, frequent, affordable, and accessible public transport within a 10-minute walk from their home, and to make public transport investment a priority of both their pandemic recovery and climate plans,” reports Fast Company.

The statement follows the release of the Making COP Count report from the two networks that described how the issues reinforce each other: doubled public transit use could create 4.6 million new jobs in the C40 member cities, while cutting urban transport emissions by more than half and reducing transportation pollution up to 45%, Fast Company says.

But while many of the countries that attended COP 26 are progressing towards targets for phasing out gas-fueled cars and trucks, “firm targets to increase the share of journeys being taken by public transport are largely missing from the revised nationally determined contributions (NDCs) submitted under the Paris Agreement,” the report warned.

Municipal governments, on the other hand, are looking at ways to increase public transit, but will need significant investment to expand, improve, and move towards zero-emissions public transport.