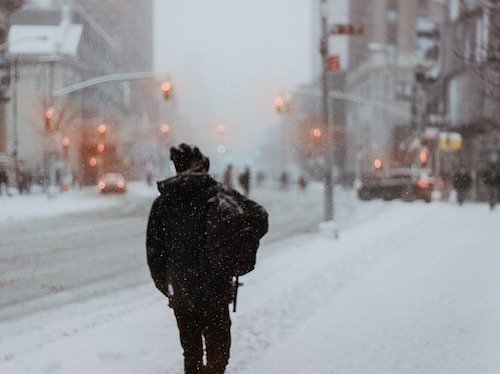 The extreme storms that have pummelled parts of the country over the past month may be a sign of what lies ahead for the upcoming winter, says one of Canada’s highest-profile weather forecasters.

The result will sometimes feel like “weather whiplash” this winter as temperatures and precipitation levels swing between extremes throughout the season, he added.

Scott said British Columbia and the bulk of the Prairie provinces are on tap to see above-average precipitation and colder-than-average temperatures, citing the recent torrential rainstorms that caused widespread flooding in B.C. as a particularly stark example.

Forecasts call for above-normal precipitation, but colder temperatures will result in heavier snow, especially at higher elevations, which will result in an extended ski season in B.C. A snowy winter is expected in the southern half of Alberta and southwestern Saskatchewan, while near normal snowfall is forecast elsewhere.

Scott said the battle between seasonal highs and lows will play out most dramatically in Quebec and Ontario, where above-average precipitation is expected amid temperatures that skew below normal in the northwest, but higher than average in southern regions. Stormy winter weather followed by extended periods of mild weather will bring lots of snow followed by a mix of snow, ice, and rain, especially in southern areas. Winter weather will come early, but severe cold won’t persist in the heart of the season.

“While we do anticipate above-normal snowfall, I wouldn’t get your hopes up for a great ski season in southern Ontario,” Scott told CP. “There are going to be times when we get decent amounts of snow, but then it’s going to be a come-and-go winter where at times it seems that winter just gets wiped away by a blast of warm weather for a few weeks.”

The Atlantic provinces may see more major storms like the one that recently battered Newfoundland and Labrador as well as parts of Nova Scotia, but Scott said this winter is largely expected to bring below-normal snowfall and temperatures somewhat above seasonal norms.

“When we get a La Niña weather pattern, we tend to get a very stormy setup with the jetstream across the northern U.S. and southern Canada,” Scott said. “Because we’re on the jetstream, we tend to get a lot of ups and downs in our temperatures. And so we’re going to get this whiplash effect where we kind of swing back and forth throughout the next three months.”

Scott said the above-average precipitation levels forecast across much of the country don’t necessarily spell bad news for already flood-ravaged areas, noting much of it may turn to snow when truly wintry temperatures set in.

While La Niña patterns are far from novel, Scott said the recent bouts of extreme weather that have washed away key pieces of infrastructure and led to multiple deaths in British Columbia bear the hallmarks of broader climate change. He likened the results of rising global temperatures to a pair of dice that have been subtly weighted to make certain weather events more or less likely.

“What happens is you’re rolling the dice, and each die gets weighted just a little bit differently,” he explained. “And so the odds of coming up with a heavy rainfall event or a heat wave are higher than they would have been 50 years ago,” he said.

This report by The Canadian Press was first published November 29, 2021.