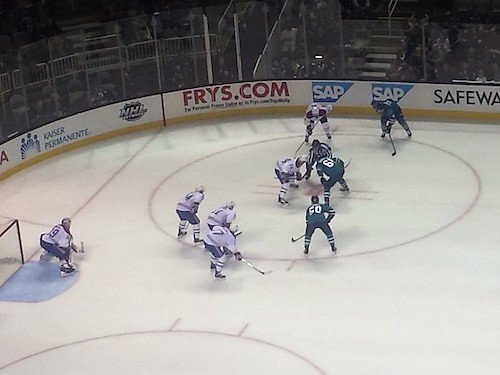 The National Hockey League is being paid millions of dollars to attach a “sustainable” imprimatur to chemical rink refrigerants that are actually super-potent greenhouse gases, says a new report.

Manufactured by Wilmington, Delaware-based Chemours Co., the two synthetic refrigerants marketed under the name Opteon are being promoted as replacements for another synthetic known as R-507, which was itself sold as a replacement for “the now-banned, ozone-depleting refrigerant R-22,” reports Inside Climate News.

While they are heavily promoted as sustainable because they are “non-ozone depleting,” the Opteon refrigerants are also being plugged as less damaging to the climate than R-507.

But that’s not saying much, according to a new report by the Washington-based non-profit Environmental Investigation Agency.

“Both of these Opteon refrigerants have climate impacts thousands of times as potent as carbon dioxide when measured over a 20-year time horizon,” the report says. One has a global warming potential (GWP) of 1,700 and the other has a GWP of 3,100. In comparison, “the GWPs of other alternatives for ice rinks, ammonia, and carbon dioxide are 0 and 1 respectively.”

[A caveat: while there is clearly no contest between ammonia and chemical refrigerants like Opteon in terms of direct climate villainy, ammonia as it is currently produced has a considerable indirect climate footprint. A policy briefing on the need to decarbonize the sector notes that so-called “brown” ammonia production accounts for roughly 1.8% of global CO2 emissions.]

The report warns that should the 4,000+ community ice rinks dotted around North America respond to NHL marketing and convert from their standard ammonia refrigerants to the Opteon product, the climate damage from the synthetic refrigerants leaking into the atmosphere would be “the equivalent of the annual emissions of over 15 coal-fired power plants.”

And Chemours is targeting those community rinks hard, writes Inside Climate, citing an April media release on the NHL website. “Critical to our partnership with the NHL is assuring sustainable infrastructure for all the places and spaces hockey is played, from brand new, world-class arenas hosting tens of thousands of guests to local, small-town rinks that serve as community hubs, and every ice facility in between,” the company declares.

Based on its investigation, the EIA said this partnership “hinges on an undisclosed payment of approximately US$2 million” to the NHL by Chemours.

Castigating what he called “dangerous climate misinformation,” EIA Executive Director Alexander von Bismarck told Inside Climate his organization finds it “surprising” the NHL would want to use its brand to promote super-greenhouse gases as environmentally sustainable during a climate emergency.” “NHL fans, and all of us, deserve better,” he added.

Chemours is also marketing Opteon as the safer alternative to ammonia, which is both flammable and toxic. “Neither issue has been a major concern for ice rinks,” Inside Climate says.

An NHL spokesperson said the EIA had not shared its full analysis with the league, and “until we have had a chance to read and review that report, it would be premature for us to comment.”