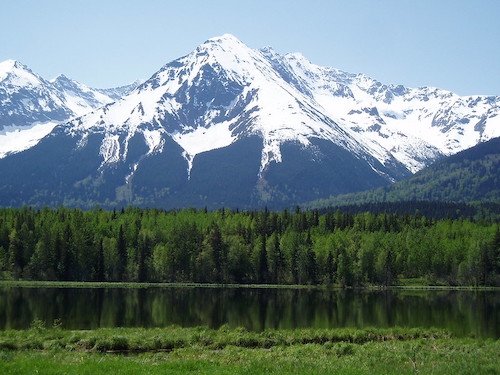 More than 25 Canadian philanthropic organizations with core missions ranging from arts and culture to poverty alleviation and Indigenous rights have signed the Canadian Philanthropy Commitment on Climate Change, pledging to account for climate in all aspects of their operations.

Jean-Marc Mangin, president and CEO of Philanthropic Foundations Canada, said in a release that the group hopes to secure at least 75 more signatories by June. The organization, which brings together 130 grantmaking organizations that collectively manage almost C$40 billion in assets, developed the pledge alongside the Circle on Philanthropy and Aboriginal Peoples in Canada, Community Foundations Canada, and Environment Funders Canada.

The pledge could have real traction, the press release added. “Canada’s foundations, representing over 10,000 organizations with close to $100 billion in assets, have a common interest in prioritizing climate action.”

The Canadian effort is part of the international Philanthropy for Climate Initiative, which includes over 400 global organizations committed to taking climate action. “The transition to a socially just and ecologically sustainable world presents an opportunity and an imperative for us to invest in building inclusive, local well-being economies that generate long-term community wealth, are regenerative and sustainable, and fundamentally improve the lives of large numbers of people,” the global declaration states.

It also vows “to ensure that those most vulnerable to climate impacts, particularly Indigenous, marginalized, and racialized groups and communities, are invited to the table, and are given the resources they need to respond to the climate crisis.”

Observing that Indigenous peoples make up 5% of the global population while protecting 80% of the world’s biodiversity, the Canadian pledge acknowledges that the country “has much to learn from Indigenous stewardship”. It vows to “support the essential role of Indigenous leadership by acknowledging Indigenous title, rights, and sovereignty.”

Signatories to the pledge vow to undertake seven pillars of action, including a commitment to “ensure that our boards, investment committees, staff, volunteers, and stakeholders are informed about the systemic causes, impacts, and solutions of climate change, and the implications for our work”. They “commit resources to accelerate work that addresses the root causes of climate change or adaptation to its impacts,” and to align investment strategies “with a rapid and just transition to a net-zero economy.”

In a video shared on Twitter, Éric St. Pierre, executive director of the Montreal-based Trottier Family Foundation, urged other philanthropic organizations in Canada to follow his organization’s lead and sign the pledge. “Governments, sub-national states, corporations, civil society, and many others are moving into action, and it’s time that the philanthropic sector does the same.”