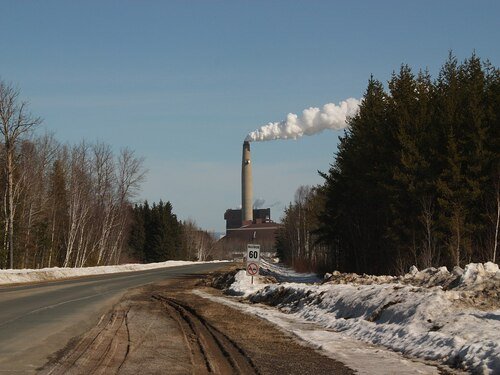 A leading provincial environmental group issued a happy thumbs-up Thursday after federal Environment and Climate Minister Steven Guilbeault refused an “equivalency” agreement that would have allowed the Belledune power plant in New Brunswick to continue burning coal past 2030.

The federal government committed years ago to phasing out coal-fired electricity by the end of this decade. Some provinces have been trying to negotiate deals to cut emissions by other means, in exchange for giving their coal plants a new lease on life.

But that won’t be happening at Belledune, CBC News reports.

“I can confirm that the Government of Canada is committed to phasing out coal-fired power by 2030 across the country, including in New Brunswick,” Guilbeault spokesperson Joanna Sivasankaran said in an email. “The Minister will not sign an equivalency agreement that extends past 2030.”

CBC says Belledune “spewed more than 2.5 million tonnes of greenhouse gases into the atmosphere in 2019, making it the second-largest emitter in the province after the Irving Oil refinery.” The previous year, the coal plant’s carbon pollution exceeded the refinery’s. Belledune opened in 1993 and could have run until 2040, but Guilbeault’s decision “gives the province and N.B. Power just eight years to come up with an alternative fuel source or close the plant on New Brunswick’s north shore.”

The Conservation Council of New Brunswick welcomed Guilbeault’s decision, noting that it wipes out 20% of the province’s greenhouse gas emissions.

“Extreme weather from climate change affects us all,” and “we must phase out the use of fossil fuels which generate heat-trapping gases when burned,” said Louise Comeau, the council’s director of climate change and energy solutions. She called on the government and provincial utility NB Power “to ensure the skilled workers at the Belledune plant are offered the support they need to either transition to work on new sources of electricity supply or to retire, and that the region be engaged in planning for its own renewable energy future.”

CBC says provincial Liberal MLAs from the area around Belledune support Guilbeault’s decision, but want the Conservative government of Premier Blaine Higgs to convert the plant to another fuel source—even if it’s another big source of carbon pollution. In 2019, the province shifted a coal plant near St. John to natural gas, said Daniel Guitard (L-Restigouche-Chaleur), but “we have a government that doesn’t want to invest at all in the north”.

The Conservation Council said 70% of New Brunswickers want Belledune electricity replace with wind, solar, or hydropower produced within the province.