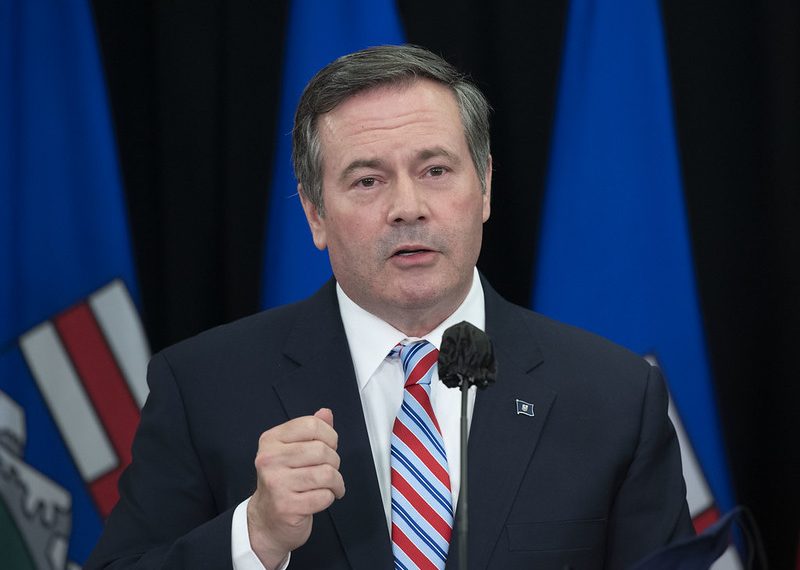 A coalition of at least eight environmental groups is threatening to sue Alberta Premier Jason Kenney for defamation if he doesn’t retract and apologize for statements saying a public inquiry found they spread misinformation about the province’s oil and gas industry.

The groups, in a letter obtained by The Canadian Press, have given the premier a week before they say they would file a statement of claim against him.

“If Premier Kenney doesn’t follow the good advice of his lawyers, he will be served with a lawsuit some time by the end of next week,” said Paul Champ, a lawyer for the environmentalists.

They point to Kenney’s reaction to the inquiry, headed by Steve Allan, which looked into whether environmental groups were conspiring to landlock Alberta oil by spreading misinformation about its environmental impacts.

Allan’s report, delivered in October, found that “no individual or organization… has done anything illegal. Indeed, they have exercised their rights of free speech.”

“These statements are defamatory as they assert that our clients have spread ‘misinformation’,” the letter says. “Your statements were designed to undermine the groups’ reputations and credibility in the eyes of the public by falsely asserting that the Alberta Inquiry found that the groups were spreading misinformation.”

The letter gives Kenney until November 30 to retract and remove the statements as well as apologize. If he doesn’t, Champ said, a statement of claim against him is almost complete and will be filed.

“We are not surprised that an organization which routinely pursues political activism through the courts is again threatening legal action. We will of course vigorously respond in court, if and when necessary.”

A defamation action has to prove three things, said Fred Kozak, an Edmonton media and defamation lawyer. It has to show the offending comments identified the complainants, that the statements were published, and that they would damage their reputation.

“(Those elements) would appear to be pretty straightforward,” he said.

Kozak said Kenney can argue that his comments were either true, or fair comment based on the truth.

“The comment has to be grounded in fact. It’s often the case where people get into a dispute over what’s comment and what’s fact.”

He added that the complainants also have to show they’ve been harmed by the statements.

“We rely on our good name in order to do the work that we do,” Environmental Defence Executive Director Tim Gray told CP. “Having a senior political leader deliberately mischaracterizing what we do, making accusations that are unfounded, clearly is meant to undermine our effectiveness.”

Some members of the complaining groups have allegedly suffered more direct damages, said Greenpeace Canada Senior Energy Strategist Keith Stewart. “Some of our activists have had to turn their social media accounts over to a friend to report, block, and delete the hateful comments and commenters,” he told CP. “Prominent climate advocates… regularly get death threats.”

Gray said the promised lawsuit is intended to stop political leaders from using their office as a bully pulpit. “I think it’s really dangerous to have senior political leaders doing this kind of thing against civil society. We just want it to stop.”

Kozak said it’s an unusual case that both sides can use to drum up support. “I don’t think either side is interested in resolving this through an apology or clarification.”

If a lawsuit is ultimately filed, Kozak said it will likely to take years to resolve.

This report by The Canadian Press was first published November 24, 2021.