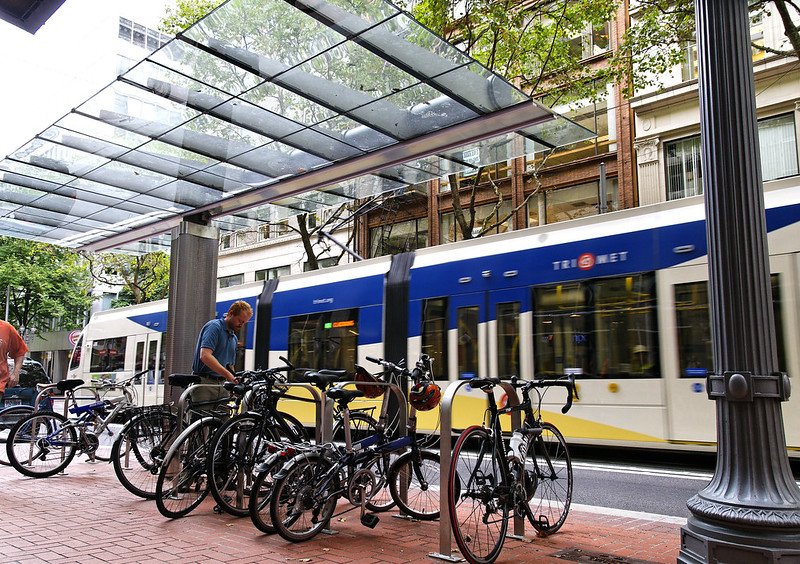 Climate change’s impacts on transportation safety and equity are pushing governments to overhaul their transit strategies as they explore options like “universal basic mobility” funding and adapting infrastructure.

Extreme and changing weather patterns are exposing “how deadly America’s reliance on automotive transportation has become,” writes Grist, with collision rates rising because of more frequent inclement driving conditions. The first six months of 2021 saw the highest number of deaths from traffic crashes since 2006.

“There’s a fundamental problem that exists, because federal transportation funds have focused on making sure that driving is the easiest way for people to get around,” said Madeline Brozen, assistant director of the UCLA Institute of Transportation Studies. “It has huge negative health consequences in terms of environmental justice, but it also has these huge health and safety consequences for drivers and pedestrians.”

The climatic changes making driving conditions worse are partly caused by transportation itself, which accounts for a quarter of total global emissions. Because of the compounding issues of traffic safety and climate change, Brozen said governments should take a two-pronged approach of making cars and trucks safer while also encouraging greater use of transit.

The town of Bakersfield, California, is trying to reduce transportation accessibility gaps by exploring “universal basic mobility.” In an experiment to see how access to transport affects lives, the city will supply 100 vulnerable young residents with free passes to the local bus line and five free rides per day through a shared e-bike and scooter program, reports Bloomberg Green.

The Bakersfield project is similar to others in cities like Oakland and Pittsburgh. Researchers aim to evaluate how free transportation access affects livelihoods, but some experts say the results will be limited unless a broader social transition takes place.

“Providing access to just transit and other wonderful-yet-slow modes like bikeshare may not meaningfully change the accessibility landscape for people who are receiving it,” said Michael Smart, an urban planning professor at Rutgers University. “Any of these programs that don’t acknowledge the role of the automobile in almost everyone’s life in the country—including the very lowest income people—is really missing the point.”

A critical factor in Carmel’s approach is its focus on improving infrastructure design, rather than just expanding it. Although transportation authorities often address public roadway congestion by expanding motorway capacity, experience shows that motorists adjust their habits to fill any added capacity and perpetuate the congestion. Instead, governments should “incrementally improve existing roadways and provide better alternatives to driving,” says Todd Litman, founder and executive director of the Victoria Transport Policy Institute.

“Transportation planners can identify much better ways to spend provincial dollars that are more cost-effective, fair, and consistent with strategic goals,” Litman adds.