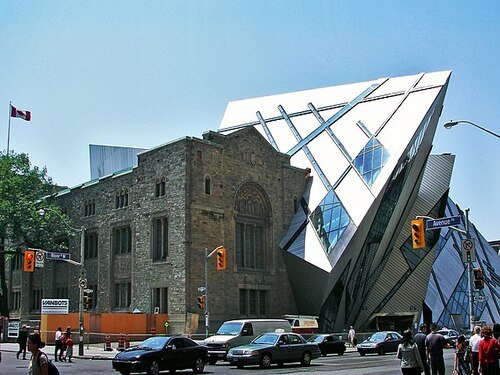 The Royal Ontario Museum has hired its first ever climate curator, a 39-year-old conservation biologist determined to help inspire the public to climate action—in part, by avoiding “doomsday” messaging.

Dr. Soren Brothers is very clear on his mandate to “ensure the museum’s collections and programming give the climate crisis the attention it deserves,” reports the Globe and Mail.

“The first position of its kind at any major museum in North America, and possibly the world,” the new curatorship “will be funded in perpetuity,” the Globe writes. That’s thanks in significant part to the generosity of retired Toronto real estate developer Allan Shiff, who donated $1.5 million to establish the position. The gift was then matched by the Louise Hawley Stone Charitable Trust.

Brothers’ connection to the ROM long predates his appointment: he grew up in Toronto and the museum was a frequent and beloved haunt of his, thanks to a grandfather who purchased family memberships to the museum every year.

Brothers’ recent study analysing 23 years of data on carbon dioxide emissions from 19 lakes near Rankin Inlet, Nunavut is evidence of the first two requirements, writes the Globe. As for his communication skills, Brothers understands the power of words, especially when talking with the public about the climate crisis.

“A major challenge—and this is something I’ve been speaking to [ROM] programmers about—is shifting the narrative away from the doomsday aspects of climate change,” he told the Globe. “People respond more to positive and inspirational messaging.”

Canada Likely to Back Tougher GHG Target for International Shipping