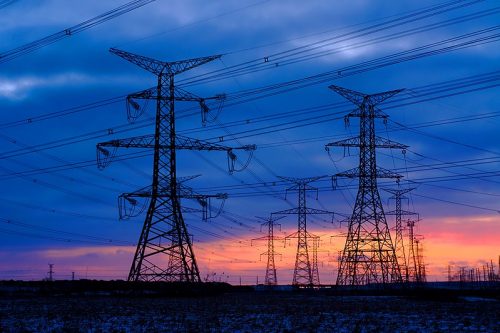 Maine Governor Janet Mills has halted construction of a Hydro-Québec transmission line through the state in response to a majority of local voters opposing the project, following a bitterly contested public referendum.

“Critics said the project is damaging the woods and changing the character of a part of western Maine with little if any benefit for its residents,” reports CBC News. However, “supporters said big solutions are needed to remove carbon from the environment and address climate change. They also contend the flood of electricity would stabilize electricity prices in New England.”

The US$1-billion New England Clean Energy Connect (NECEC) project is set to cut a new path through Maine to deliver renewable power from Quebec to Massachusetts. The project would increase the province’s exports to the U.S. by roughly one-third, and is expected to bring Hydro-Québec $10 billion in revenue over 20 years. It is funded by Massachusetts ratepayers and would supply enough electricity to power a million homes.

Hydro-Québec had already received approval and started construction of the line. The referendum concerned development of an 85-kilometre stretch of woods in northern Maine. Although the rest of the proposal followed existing utility corridors, blocking the 85-kilometre section would effectively kill the project, says CBC.

The referendum was a focal point for various interest groups that spent more than $89 million to influence voters—a record for a referendum in the state, reports Open Secrets. Opposition groups included competing electricity producers, as well as environmental advocates concerned about the impact of the corridor on forests, wetlands, and wildlife.

The largest donor opposing the project was Florida-based energy giant NextEra Energy Resources. NextEra, the world’s “largest operator of solar and wind projects,” also generates half of its energy through nuclear reactors or “plants that run on natural gas and other fossil fuels,” says Open Secrets.

Hydro-Québec weighed in with support for the project. Although foreign governments are barred from influencing elections in the U.S., Maine state law leaves a loophole that allowed the company to lobby on a ballot campaigns, Maine Public says.

This is the second time the project has been halted, after an initial injunction was lifted by a federal appeals court in May, writes Engineering News-Record. A success for opposition groups to permanently block the project would mark a second failure of Hydro-Québec’s plans to expand to the U.S., says the Toronto Star. In 2019, the utility gave up on plans to export power through New Hampshire because of public opposition.