Today’s Flooded B.C. Farmland was Once a Lake that Sustained Indigenous Economies 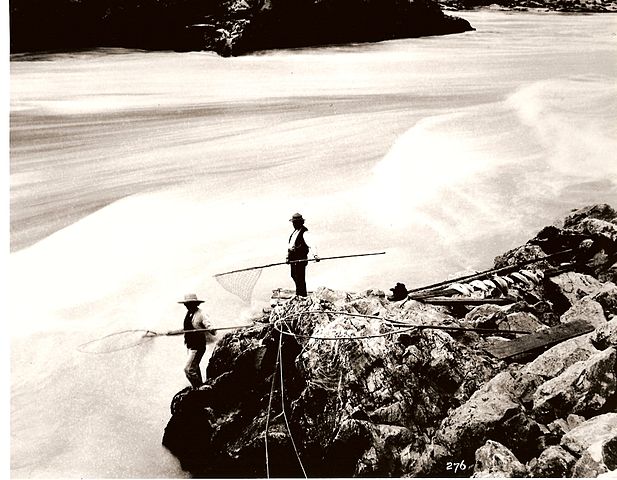 Created by settler hubris and ingenuity—at the expense of local Indigenous peoples— Sumas Prairie, Abbotsford, is now fighting multiple forces of nature that appear determined to restore it from its current state as an agricultural powerhouse to its original condition as a lake.

For millennia prior to the 1920s, Sumas Lake covered a huge swathe of what is now fertile Fraser Valley farmland, its circumference determined in part by seasonal cycles, but especially by its proximity to the Nooksack and Fraser Rivers, writes the Fraser Valley Current.

Drawn by the white sturgeon and salmon that spawned in its channels, the Semá:th First Nation and other Stó꞉lō communities, together with the Nooksack Nation, shared the bounties provided by the lake and its associated wetlands, and used its waterways as highways to the Pacific.

Then came European settlers who “didn’t like the lake.” They hated the mosquitoes and coveted the extremely fertile soil at its bottom. The Current cites a passage from a November, 1912 edition of the Chilliwack Progress that makes clear these new arrivals cared nothing for the lake nor the peoples settled on its shores:

“The Dominion lands in and around Sumas Lake were useless and unsuited for homesteading. The reclamation of these Dominion and private lands would be a great boon to the Fraser Valley and the whole province, not only on account of the large area of now useless Dominion lands that would be rendered fertile and productive, but the enhanced value and usefulness of the still larger area of private lands.”

Some 10 years later, Sumas Lake was drained using pump stations to pull out water and create what is now Sumas Prairie. It was a project that greatly benefited farmers, but also destroyed local First Nations communities.

For the next 100 years, till now, a system of ever more powerful pumps have kept that “prairie” from returning to its natural state. The pumps are critical because the land is actually below the elevation of the giant Fraser River, which at high water would otherwise reconstitute Sumas Lake.

For those fighting to preserve Sumas Prairie, the situation is worsened by the Nooksack River, a northern Washington waterway whose floodwaters would run downhill, lake-bound, were it not for the pumps at the now flood-threatened Barrowtown station.

Today, the Current writes that Sumas Prairie “is one of the most productive farming regions in the country, home to thousands of cattle and millions of chickens.” The area is also criss-crossed by critical road, energy, and power networks.

“And more than 3,000 people—plus an unknown number of migrant farmworkers—call it home.”

At latest report from the Abbotsford News, water levels in the Fraser are dropping low enough to allow critical floodgates at the pump station to open, beginning the process of turning flood water-fed Sumas Lake back into its modern-day pasture state.