Milder Winters, Hotter Summers Ahead for Cities and Towns Across Canada 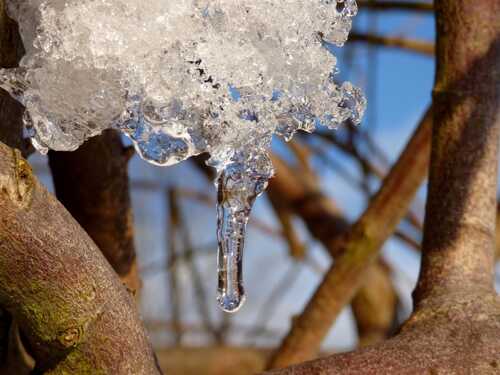 Canadian communities need to prepare for dramatic changes in winter and summer temperatures, suggests a new municipal-level analysis of climate projections for the coming decades.

The Local News Data Hub at Ryerson University compared temperatures from 1951-80 with projections for the period 2051-80 using data from ClimateData.ca, a national data initiative bringing together scientists from university, government, and private sector organizations, The Canadian Press reports.

The results for 30 cities and towns show that in most locations there will be fewer days when the thermometer drops below zero. Residents accustomed to deep-freeze cold will encounter temperatures below -15°C less often. Sweltering summer heat above 30°C will be more common.

The projections show that:

• Winnipeg’s “Winterpeg” reputation will decline. By 2051-80, there will be only six to 19 days per year on average when temperatures will be colder than -25°C. That’s down from an annual average of 33 days per year for 1951-80. Meanwhile, summer temperatures above 30°C that used to make an appearance for 12 days per year will scorch the city for 27 to 50 days by mid-century.

• Other famously cold cities such as Yellowknife, Dawson City, and Churchill, Manitoba, which used to experience just over 80 days of extreme cold per year on average, could see that fall by as much as half by 2051-80. For Dawson City, that means 44 to 58 days per year on average when it will be below -25°C. Churchill can expect 34 to 59 extreme cold days. Yellowknife will experience 44 to 62 such days.

While that might sound like welcome news to people living in more southerly climes, CBC reports that some Indigenous people in the Northwest Territories are worried about October temperatures that were 4.2°C warmer this year than in 2020.

“In my opinion, right now, it’s kind of scary because of all that open water,” said Allen Kogiak, a member of the Aklavik Hunters and Trappers Committee who says his job makes him the “eyes and ears of the land”. In recent times, he added, “there’s been a lot of drowning, because of people…driving right into the water. Hoping that doesn’t happen this year.”

• Vancouver residents who weathered a brutal heat wave this past summer should expect more hot days. In the 30 years between 1951 and 1980, local temperatures rose above 30°C for just one day per year on average. But in the decades after 2051, this will increase to three to 12 days per year on average.

• It’s also going to get much hotter in western cities such as Regina and Saskatoon, where in the past temperatures used to rise above 30°C for about 11 to 14 days. By 2051-80, residents in Regina will be trying to stay cool for an average of 30 to 50 days. In Saskatoon the projections point to 24 to 45 days.

The Data Hub’s analysis is based on what climate scientists call a moderate emissions scenario. The scenario is more ambitious than global attempts at reducing emissions to date, but more pessimistic than the net-zero emissions targets that Canada and other countries worldwide pledged to reach in the 2015 Paris Agreement.

The projections from the federally-funded ClimateData.ca portal are based on 24 different climate models. Comparing 30-year averages ensures that what is described reflects the overall climate and not the more variable experience of weather. The 2051-80 projections are presented as a range to capture both the lower (10th percentile) and higher end (90th percentile) of the models’ outcomes.

With the closing of COP 26 in Glasgow, Scotland, many countries are under increasing pressure to embrace deeper cuts to greenhouse gas emissions and other measures to slow global warming. Prior to the summit, the Emissions Gap Report published by the UN Environment Programme warned that the planet was headed for a temperature rise of 2.7°C by the end of the century that would “lead to catastrophic changes in the Earth’s climate.”

The reduction in cold days is no reason to rejoice, cautioned Greg Flato, a senior climate scientist with Environment and Climate Change Canada, because many Canadian ecosystems depend on extreme cold to kill pests and produce snow that stores the water needed later in the year.

“The fact that we get less extreme cold days is only one side of a much more important coin,” Flato added. “It also means that you get much more extreme hot days.”

For cities, this means “more frequent and more severe extreme rainfall events will contribute to urban flooding,” he told CP in an email. “Increasing frequency of heat waves will increase demand for cooling centres and put demands on emergency services and health systems.”

A federal report released earlier this year noted that although many municipalities are adopting initiatives including green roof requirements, rain barrel rebates, water-permeable pavement, and heat- and drought-resistant trees, “cities and towns are not keeping pace with the risks posed by current weather extremes and future climate changes.”

Flato, who is vice-chair of the Intergovernmental Panel on Climate Change group that authored a recent report on the dire consequences of global warming, said storm drainage and sewage systems, roads, buildings and air conditioning systems are at risk of being overwhelmed by increases in extreme precipitation and heat.

“Almost everything that you look at when you walk out in the city has been designed for a climate that we no longer have,” Flato said.

The record temperatures this past summer in western Canada, Flato added, will become more frequent and extreme as the climate warms. During a nine-day heat wave in late June 2021, a wildfire swept through the village of Lytton, British Columbia, burning it to the ground just one day after the local temperature hit 49.6°C, the hottest ever recorded in Canada. That heat wave killed 595 people in B.C., many of them elderly people in the Vancouver area, in what health officials deemed the deadliest weather event in Canadian history.

Hotter summers and warmer winters also spell trouble for communities in northern Canada where thawing permafrost is a top concern, said Brian Horton, manager of climate change research at the YukonU Research Centre. “We’re already seeing places where permafrost is warmed, it is thawing,” he said. “That can sever a highway, it can cause long-term damage to buildings and really gradual damage, or really sudden damage.”

University of Winnipeg geography associate professor Nora Casson said individuals can help change the course of history by voting, and also by pressuring local, provincial, and federal officials to support community efforts to mitigate and adapt to climate change.

“The impacts of climate change across Canada are really regionally different, so adaptation solutions need to be done in consultation with local governments, with Indigenous governments,” she said. “None of the solutions are going to work without buy-in from the community.”