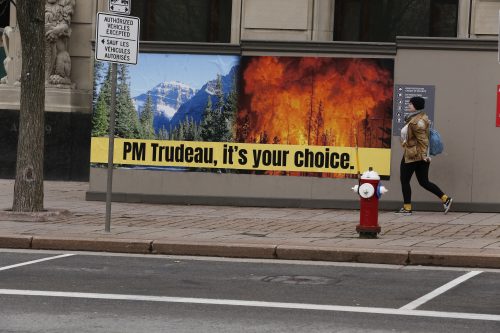 With the House of Commons reconvening today and the minority Liberal government due to release its Speech from the Throne tomorrow, November 23, organizations and clean energy businesses are chiming in with advice on what they expect from Ottawa—in the formal statement laying out the new government’s priorities, and the budget coming up early next year.

Late last week, the Green Budget Coalition published a priority list for confronting the “dual crises of climate change and biodiversity loss”, based on input from 23 leading environmental organizations. The groups are calling for:

• C$10 to $15 billion per year over 10 years for a “wave” of deep energy retrofits in residential and commercial buildings, including Indigenous communities, and for the skill and market development required to make it happen;

• An “ambitious timeline” for a fossil fuel subsidy phaseout, along with public finance practices that match up with Canada’s climate commitments;

• Permanent funding for a federal Office of Environmental Justice and Equity.

“Our recommendations detail the investments needed to address the critical environmental challenges that Canada and the world face,” said coalition co-chair Doug Chiasson, senior specialist, marine ecosystems and government engagement at WWF-Canada. “We will be looking for them in the Speech from the Throne and are ready to work with all parties to ensure these investments conserve biodiversity, fight climate change, and create jobs for Canadians.”

A day later, a group of 200 conservation, environmental, and social justice groups with hundreds of thousands of supporters wrote to Prime Minister Justin Trudeau with an action agenda for the next parliament.

“We must put in place stronger actions to cut greenhouse emissions,” the groups wrote [pdf]. “And we must deliver a comprehensive plan—with timelines and targets—to halt and reverse nature loss by 2030 and bring nature to full recovery by 2050.”

The groups urge the government to:

• Protect at least 30% of Canada’s lands and oceans by 2030, recognizing that “habitat loss is the number one driver of nature’s decline”;

• Get nature-based climate solutions right by pursuing them “in addition to, rather than as a substitute for, direct reductions in fossil fuel emissions”;

• Restore degraded ecosystems in order to benefit the climate, plants, and wildlife, while driving a just economic transition away from extractive industries;

• Support urban biodiversity in ways that contribute to environmental justice.

“What Canada does matters,” the groups write. “We have globally significant freshwater, coastal, forest, grassland, and peatland ecosystems. Our country acknowledges these ecosystems and the species that depend on them are threatened and that it’s essential they be recovered.”

So “the nature community is mobilized and committed to see election promises to nature, climate, and environmental justice realized.”

The Canadian Renewable Energy Association (CanREA) is out with a five-point to-do list to guide the country’s path to net-zero emissions. CanREA’s priorities include:

• Decarbonization of the electricity system by 2035;

• Diversification and expansion of procurement opportunities for renewable energy businesses;

• Support for “efficient use and regional approaches to transmission infrastructure”;

“We have no time to waste. Getting to net-zero by 2050 will require Canada to build out wind energy, solar energy, and energy storage at an unprecedented scale and speed,” said CanREA President and CEO Robert Hornung. “Our industries are up to the challenge, but require clear signals from governments, increased collaboration among electricity sector decision-makers, and immediate actions to address existing barriers to this urgent deployment.”

“The fact is, every energy system is different, with different demand, renewable deployment, weather,” said lead author and NREL researcher Omar J. Guerra. “We have found that energy storage enables the lowest cost of energy across different time scales and economic circumstances on high-renewable systems, which means we are looking at a combination of storage technologies for the future grid.”