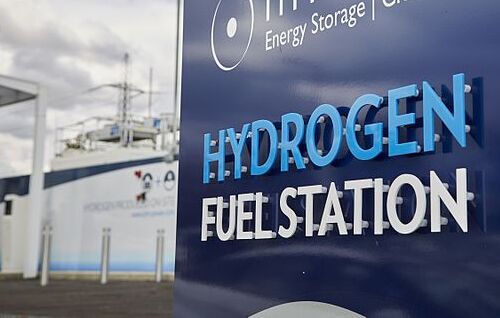 New research on Australia’s national hydrogen strategies, along with government resistance to new carbon policies, is raising questions about the country’s commitment to cutting emissions.

“The Morrison government has promoted the production of hydrogen, the growth of gas extraction, and the use of carbon capture and storage (CCS) technologies as key features of its ‘low emissions’ plans,” reports RenewEconomy. “But the evidence suggests these approaches are unlikely to drive the emissions reductions and cuts to energy costs that the government says it aims to achieve.”

The study from Australian National University (ANU) points out that many national strategies envision a hydrogen industry dependent on fossil fuels for hydrogen production that is “incompatible with decarbonization objectives and raise[s] the risk of stranded assets.”

It adds that national hydrogen strategies often assume high carbon capture rates in their calculations, and fail to factor in fugitive emissions, the “methane that is leaked into the environment during the extraction and processing of natural gas,” says RenewEconomy.

“Our work highlights that large investment in fossil fuel-based hydrogen with CCS could be risky, locking in a new fossil fuel industry with significant emissions, and one that is likely to be out-competed by renewable technologies in the future,” said co-author Dr. Fiona Beck, an early career researcher at ANU’s College of Engineering and Computer Science.

In addition to pursuing a strategy that favours fossil hydrogen, Australia’s government is resisting any form of carbon pricing, even as businesses and investors call for a market mechanism to control emissions. Federal Energy and Emissions Reduction Minister Angus Taylor has admitted that the Safeguard Mechanism, which Scott Morrison’s Coalition government promoted as “a way of placing a cap on emissions from some of Australia’s most emissions-intensive industries,” was never meant to reduce emissions, says RenewEconomy.

The Mechanism has been a “key pillar of the Coalition’s climate policies” for years and works by setting a cap on emissions for 200 major industrial emitters, the news story explains. The businesses are required to offset any emissions above the baseline by purchasing Australian carbon credits. But Taylor rejected a proposal from the Business Council of Australia to strengthen and expand the mechanism, which currently operates as an intensity-based target by allowing companies to raise their caps as production increases.

The Business Council’s proposal would lower the emissions cap and extend the mechanism’s scope to more than 500 companies. But Taylor countered that businesses “should be free to adopt renewable power, hydrogen, and other technologies at their pace.”

Investors Look for ‘the Next Tesla’ as Rivian Goes Public