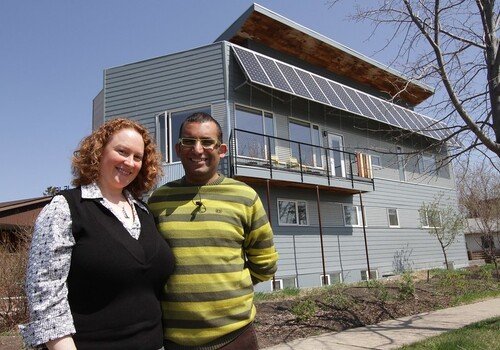 The scorecard, accompanied by a detailed database and separate assessments for every province and territory except Nunavut, shows scant progress in 2020 by the level of government that has the most control over the country’s energy efficiency policies. “Canada-wide net annual incremental program energy savings are on a downward trend, having fallen roughly 38% from their peak in 2017,” the report says, “and only British Columbia is committed to a net-zero energy building code.”

For the third year in a row, the country’s leading energy efficiency jurisdictions showed decidedly average performance, placing around the middle of Efficiency Canada’s rating scale. British Columbia led the pack with a score of just 52 out of 100 possible points, followed by Quebec at 48 and Nova Scotia at 41. B.C. excelled on enabling strategies, with 14 out of a possible 17 points, and on buildings, with a score of 11.5 out of 17.5. Quebec led in energy-efficient transport, with a score of 18 out of 20.5. On overall programming, Prince Edward Island needed only 19 points out of 38 to take top honours.

Only B.C. and Alberta met or exceeded the electricity savings they recorded in 2019, natural gas use became slightly less efficient, and “all provinces except Manitoba, New Brunswick, and Ontario spent less on low-income programs relative to 2019 levels”.

Efficiency Canada attributes much of the lag to pandemic disruptions that drove down participation rates and forced program managers to shift to virtual delivery formats. But now, the one-page action sheet says, it’s time for Ottawa to step up to “enable and accelerate provincial energy efficiency”. It calls on the federal government to:

• Define building standards that will deliver on net-zero emissions targets and introduce a funding strategy to speed up the adoption of provincial and municipal building codes;

• Improve on current federal programs that are inaccessible to the 20% of households living in energy poverty, while pushing the provinces to increase investment in low-income programs;