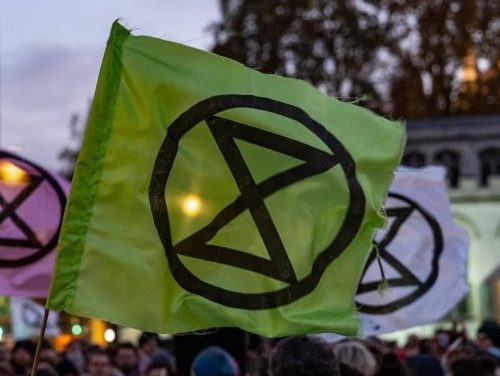 The “nihilistic despair” projected by some climate campaign groups like Extinction Rebellion is driving more despair than action, and it’s time for those campaigners to drop the “self-defeating pessimism”, advises a recent op-ed in The Guardian.

Writer-broadcaster Kenan Malik cites this scenario described by Extinction Rebellion co-founder Roger Hallam: “A gang of boys will break into your house demanding food,” he writes, adding that the intruders would then brutally attack household members and “take a cigarette and burn out your eyes with it… That is the reality of climate change.”

Hallam presents this vision of social collapse in an essay titled, Advice to Young People as They Face Annihilation. And it is precisely this “nihilistic despair” that we must uproot from our minds and hearts if we want to motivate people to fight climate change, Malik writes.

While the “facile optimism” projected by the likes of U.K. Prime Minister Boris Johnson is “deeply obnoxious,” Malik says, “there is something equally objectionable about unthinking pessimism. About the insistence that a social problem is so beyond control that we cannot avoid catastrophe ”Malik writes he doesn’t know what Hallam’s description of the future is supposed to achieve, nor how imagining the world as a Mad Max film would make people more willing to take action.

It is likely doing exactly the opposite, he adds, citing a recent study in the journal The Lancet which found that 75% of young people surveyed believe “the future is frightening,” 56% believe “humanity is doomed,” and 39% aren’t sure they want to have kids.

Amongst the experts urging a change in tone, writes Malik, is environmental journalist Hannah Ritchie.

“Once anger transitions into hopelessness, we struggle to achieve much at all,” Ritchie said. “Telling people that there is no future is hardly conducive to getting them to act to change it,” Malik agrees.

And feelings of despair can take root all too easily. Citing Cape Town bioethics philosopher David Benatar, Malik writes that the notion of human beings as “the most destructive species” whose lives are “filled with dishonesty, betrayal, negligence, cruelty, hurtfulness, impatience, exploitation” is one that many find persuasive, especially in times of distress.

Until recently, Malik says, this “long history of misanthropic pessimism” was the province of conservatives determined to argue that “the flaws of human nature are reason to shun what they regard as utopian schemes for social change.”

But now, he says, such pessimism has “come to colonize much of the left.” He urges climate activists, as well as others fighting for a better world in other ways, to remember that “better” is still possible and to speak, and act, accordingly.