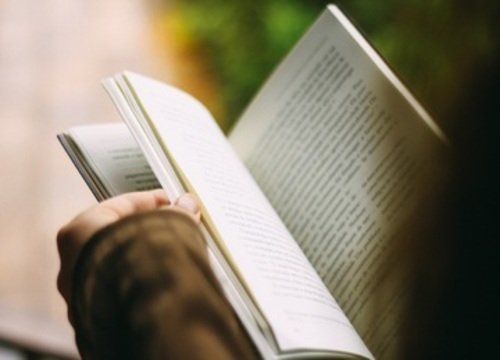 Just ahead of the COP 26 climate summit in Glasgow, the Oxford English Dictionary’s October 2021 update focused on expanding its climate change and environmental sustainability lexicon—progress that one expert described as both heartbreaking and “strangely hopeful.”

“As a rule of the thumb, the OED [Oxford English Dictionary] doesn’t include chemical formulas, but it has made an important exception for CO2 because it has become, in its words, ‘so ingrained’ in our everyday language,” writes University of New Brunswick political scientist Donald Wright in a recent op ed for CBC News.

Its inclusion is also “a matter of pressing relevance,” adds Wright, noting that in May 2021, atmospheric levels of the greenhouse gas reached 419.13 parts per million, “the highest level since measurements began in 1958.” The latest readings from the Mauna Loa Observatory in Hawaii put that number at 414.49 ppm.

Another new entry: global heating. The OED notes that while “global warming” is still the go-to phrase for many, global heating is quickly becoming standard parlance because it communicates “‘more emphatically the seriousness of climate change caused by human activity and the urgent need to address it’.”

Wright lauds the addition of “climate denial” as a welcome, if belated, inclusion. “For as long as we have understood the reality of climate change, we have endured organized and highly effective climate denial, that is, the ‘rejection of the idea (or the evidence) that climate change caused by human activity is occurring, or that it represents a significant threat to human and environmental welfare’,” he writes.

Another important, albeit heartbreaking addition, says Wright, is the term “climate refugee.” The World Bank estimates that by 2050, 216 million people will be forced to migrate because of  sea level rise, storm surges, desertification, extreme heat, and other climate change impacts.

Taking his own turn at expanding the language of the climate crisis, Wright observes that “the World Bank can’t use the term refugee because it carries legal—and moral—obligations. Instead, it uses migrant.”. But the OED is under no such constraint.

Wright concludes with a hopeful salute to the OED’s 1987 entry for the Māori word kaitiatanga: “guardianship or management, esp. of the natural resources of a place or area; environmental stewardship considered as a duty and responsibility of the inhabitants of an area. Also: the exercise of this.”