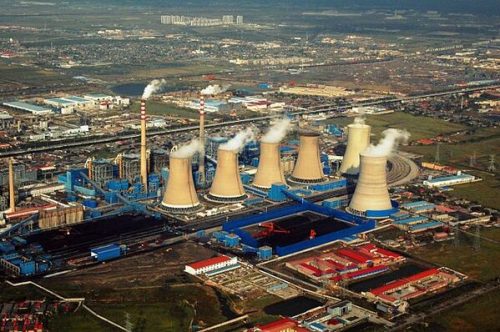 Climate watchers have been dissatisfied and underwhelmed by China’s recent climate commitments, but a U.S. climate scientist contends the nation’s lacklustre pledges signify a careful, deliberative, and sincere approach to climate policy rather than a failure to comply with global standards.

“Energy experts have likened shifting away from a fossil fuel economy, as China has pledged to do by 2060, to turning a giant ship: It must overcome significant inertia before generating sufficient momentum in the other direction. And China’s ship is still turning,” writes Angel Hsu, professor of public policy at the University of North Carolina, in an opinion piece for the New York Times.

But Hsu says China’s approach is a plan intended to develop stable, effective climate action. Citing the country’s reversal on its coal phaseout as an example, she explains that China has been steadily weaning itself off the climate-busting fuel, from 70% of energy production in 2009 to 57% in 2020. The recent boost in coal production was seen as a necessary step to respond to spikes in energy demand and insufficient energy supply from renewables.

But the “coal production increases appear to be an attempt by the leaders to facilitate a safe and just energy transition—without leaving their citizens out in the cold this winter—that aligns lower-level authorities with a top-level plan,” she writes. In fact, unlike much of the overheated analysis circulating in North American and European media, China’s State Council’s six orders to increase coal cite the energy crisis as a reason to speed up its clean energy transition.

Hsu also looks back to China’s past climate performance to contrast the country’s current actions with its opaque climate leadership at the 2009 Copenhagen climate talks, reflecting a renewed effort to set realistic goals.

Jen Allen, lecturer in international relations at Cardiff University, agreed that China’s climate targets are more commendable than the country is given credit for. During a COP 26 panel on the “network of obstructionism” in climate policy, Allen said China “wouldn’t put out an NDC they weren’t sure they can achieve,” in contrast to more ambitious pledges from other countries that may not be realistic. Compared to Canada, whose “NDC might look ambitious on paper” but with no clear plan as yet to meet it, she said China deserves greater credit as a country that has “a plan to meet those targets”.

“There’s no question we are in a climate crisis, and every country should be held to account,” says Hsu. But China’s actions suggest a more deliberate strategy than the one portrayed in most media accounts, and “we must have a more considered approach when judging China’s actions before crying foul.”