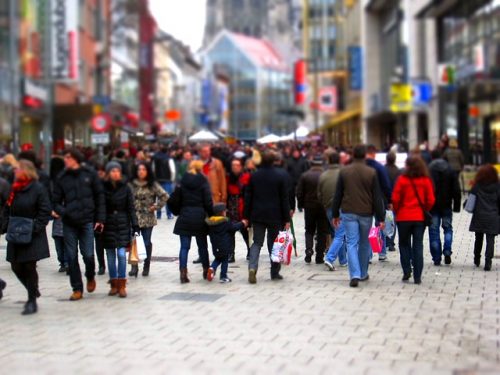 After Prime Minister Justin Trudeau made multiple policy announcements across the pond at the COP 26 climate summit in Scotland, a new poll hints at how Canadians feel about those developments.

Sixty-nine per cent of respondents to an online survey by Léger Marketing and the Association for Canadian Studies say they support Canada’s announcement at the summit that it will cap and reduce pollution from the oil and gas sector toward a net-zero by 2050, The Canadian Press reports.

Some 65% of respondents also say they support the government’s new policy to stop exporting coal by 2030, a move which would end the trade abroad of about 36 million tonnes of the resource, currently 60% of what the country produces.

Sixty-one per cent also support Canada’s recent policy announcement that it will halt public financing that helps oil and gas companies run and expand their operations outside the country by the end of 2022.

The online survey of 1,565 Canadians cannot be assigned a margin of error because internet-based polls are not considered random samples.

Léger Executive VP Christian Bourque added a fossil industry frame to the numbers, telling CP that Canadians from fossil fuel-producing regions including Saskatchewan and Alberta tend to agree less on policies related to climate change because those changes directly affect their current economies. Other recent polls, however, have shown more than two-thirds of Albertans supporting a 2050 net-zero target and two-thirds of oil and gas workers interested in training for the clean energy economy.

In Léger’s latest online poll, respondents from Quebec led the other provinces in their support of Canada’s recent climate policy commitments, followed by British Columbia.

“In regions like B.C. or Quebec, we see that the level of agreement with reducing production and pollution is always higher because it doesn’t directly affect the economy,” said Bourque.

He added that one of the reasons why Quebec agrees more with these climate-related policies has to do with broad consensus in the province on reducing the use of fossil fuels.

“There’s no opposition to that. There’s no voice that’s speaking on behalf of the industry that’s clearly being heard,” Bourque said.

Canadians were split on how they rate the country’s effort to address climate change, with half agreeing that Canada has taken great strides and 40% disagreeing, CP writes.

Three in four respondents said they believe there is still time to put measures in place to stop climate change, a rate that is about on par with a cohort of American respondents who answered the same question.

Asked about how they feel about climate change, younger respondents report higher rates of stress compared to older age groups, with 38% of those aged 18 to 34 saying they are “very stressed.”

“Now that there’s something called ‘eco-anxiety’ among young people, it sort of shows in the data,” said Bourque.

When Léger asked about climate policy and campaign veteran Steven Guilbeault’s fitness as Canada’s environment minister, almost half said he’s a good choice and a third said they don’t know. [CP’s original version of this paragraph cited that as a mixed reaction…?—Ed.]

Bourque said he was surprised there was not more resistance from respondents to Guilbeault’s appointment to the environment portfolio, because the poll question mentioned the minister’s past as a Greenpeace activist.

“The reason why we put that in is we thought if you’re an opponent (of Guilbeault), that’s the first thing you would raise,” said Bourque. “Even when we include that into the question, people are either waiting to pass judgment or don’t see really much of a problem with it.”