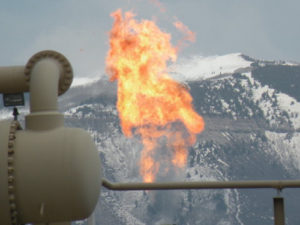 Please stop using the term “natural” gas. This is industry spin. Instead use fossil gas, or fracked gas, since 80% of gas in NA now is fracked.

Thanks very much, Angela. We’ve received this comment a few times in private emails, and I’m glad you’ve raised it on the site.

I agree the language is inaccurate and serves the fossil lobby. And after a fair bit of pondering, we’ve somewhat weirdly decided to keep using it, simply because it’s a term that more people will understand and connect with — probably among our readers, definitely across a wider population.

People who are actively campaigning against fossil gas or fracking surely know what they’re up against and what those terms mean, just as exhausted colleagues entering the final round of negotiations in Glasgow this week can give you a detailed and coherent definition of Article 6 or the Global Stocktake. They can even give you a convincing explanation of why it wasn’t bizarre that the first iteration of the eventual COP 26 decision was called a “non-paper” when the UK published it over the weekend.

But on the other side of that communication barrier, I can’t count the number of times I’ve been in climate conversations with people who’ve asked…what’s the Paris Agreement? Or what’s a COP? In my mind, that’s no criticism of the people asking! It’s a measure of the territory climate and energy communicators have to cross if we want to talk about often complex, technical topics in a way that lands with people outside the bubble.

So. I’d be happy to run headlines about the ills of fossil gas. But if that ends up more confusing than informative — if we somehow end up creating a vague impression that some new product called fossil gas is a climate-busting disaster, but natural gas must be okay — we’ve failed. With whatever small reach we can offer, I’d rather use the language already out there and attach the accurate facts and arguments that need so badly to get out into the world.

I’m pretty sure this isn’t the answer you were looking for, but I hope the train of thought makes [as much] sense [as any logic is likely to on the second-last day of the COP].