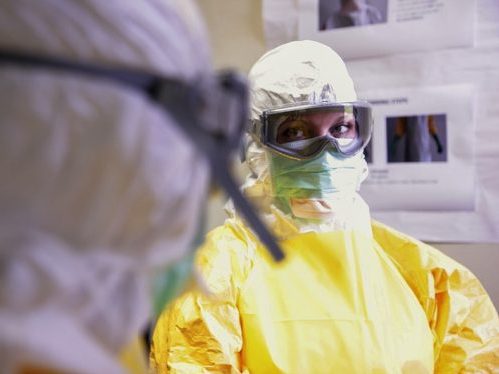 The governments of at least 50 countries, including some of those that are most vulnerable to the health impacts of climate change, have signed on to a World Health Organization (WHO) initiative to develop “climate-resilient and low-carbon health systems”.

On the sidelines of negotiations at this year’s United Nations climate conference, COP 26, in Glasgow, the WHO released a list of participating countries that had joined the initiative, including 45 that committed to “transform their health systems to be more sustainable” and 14 with net-zero targets in 2050 or sooner. The list did not include Canada, but the country is joining the initiative, The Energy Mix has learned, following a flurry of emails between Health Canada and Environment and Climate Change Canada that missed the deadline for the WHO release but still got the decision made.

“The health community had laid the groundwork for this with a series of support documents pre-COP, but it was a challenging situation with such a new set of ministers,” one close observer told The Mix.

“Between Saturday and today the health community mounted a major advocacy push to put it over the top—and it worked,” notably because “there was truly a set of committed civil servants who hustled to get this done.”

That harried timeline was the result of a late October Cabinet shuffle that brought climate policy veteran Steven Guilbeault to the Environment portfolio and long-time social policy specialist Jean-Yves Duclos to Health—triggering a process of transition and ministerial briefings that appears to have collided with the timing of this year’s COP.

But as of November 8, “Health Canada has communicated Canada’s support for the COP 26 Health Programme commitment areas on climate-resilient and sustainable and low-carbon health systems to the United Kingdom [as COP President] and the World Health Organization (WHO),” a Health Canada spokesperson said in an email. “The Government of Canada is committed to taking ambitious action to address climate change and was pleased that the COP 26 Health Programme included a focus on increasing the resilience and sustainability of health systems across the globe.”

Since health is a shared responsibility across levels of governments, Health Canada “is looking forward to working with its provincial, territorial, and other key health partners to advance work in this area,” the official added.

The WHO release describes the COP26 Health Programme as a partnership between the U.K. government, the WHO, the UN climate secretariat’s Climate Champions initiative, and health groups Health Care Without Harm. Key elements of the program include a push for climate-resilient, low-carbon health systems, climate adaptation and health research, inclusion of health priorities in countries’ Nationally Determined Contributions (NDCs) under the Paris climate agreement, and “raising the voice of health professionals as advocates for stronger ambition on climate change”.

“The future of health must be built on health systems that are resilient to the impacts of epidemics, pandemics, and other emergencies, but also to the impacts of climate change, including extreme weather events and the increasing burden of various diseases related to air pollution and our warming planet,” said WHO Director-General Tedros Adhanom Ghebreyesus.

“Health systems must also be part of the solution, by reducing carbon emissions,” Ghebreyesus added. “We applaud those countries that have committed to building climate-resilient and low-carbon health systems, and we hope to see many others following their lead in the near future.”

“Wherever we deliver care, in our hospitals, clinics and communities around the world, we are already responding to the health harms caused by climate change,” the letter stated. “Those people and nations who have benefited most from the activities that caused the climate crisis, especially fossil fuel extraction and use, have a great responsibility to do everything possible to help those who are now most at risk.”