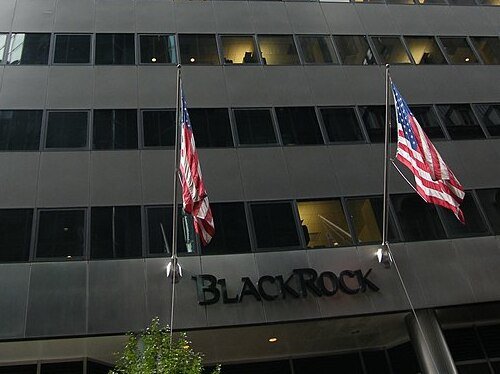 The world’s largest asset manager is urging rich nations to deliver an annual US$100 billion in public climate finance grants, to sweeten the pot for risk-adverse private investors looking to support (and profit from) climate mitigation projects, while some of the world’s most climate vulnerable nations home in on the gross inequity of loans already owing.

BlackRock Inc. is urging the world’s wealthy nations “to give, not lend, $100 billion a year to poorer countries, to encourage more private finance to invest in clean energy and industry,” reports Bloomberg.

That’s because, so far,  the much-touted mechanism of “blended finance” just isn’t mobilizing the minimum $1 trillion BlackRock projects will be needed to help Africa, Asia, and Latin America make the transition to low-carbon economies by 2050.

Rooted in the idea that a small injection of public funds should be all it takes to mobilize an army of private investors, blended finance has been the talk of the town at climate summits like COP 26. Support for the financing mechanism is based on the idea that just a bit of “financial wizardry” could lead to big decarbonization payoffs and enriched balance sheets, explains Bloomberg. “From billions to trillion,” is an oft-cited tagline used to describe the benefits of blended finance.

In reality, however, blended finance has not lived up to its billing, especially in low-income countries where “each dollar lent by major multilateral development banks only mobilized 37 cents of private money,” Bloomberg notes, citing a 2019 analysis by the Overseas Development Institute (ODI).

What such dismal returns have meant, explains Bloomberg, is that “just $150 billion was invested in these economies in 2020.”

BlackRock’s argument for the annual grant of US$100 billion is grounded in its calculation that a no-strings-attached sum—in contrast to the heavy emphasis so far on repayable loans—would be sufficient, and sufficiently broad in its targets, to reassure antsy private investors that the public funds would be used to improve the overall risk profile of emerging markets. The company says that would include taking “the ‘first loss’ on investments.”

“An annual public contribution of budgetary resources of $100 billion over the next 20 years would avoid global damages of at least 10 times that in the event of a lack of climate action,” BlackRock writes in a recent white paper.

The proposal is by no means purely altruistic, observes Bloomberg, citing the asset management titan’s report last week that “it had raised $673 million for a new emerging-market climate infrastructure fund, exceeding its $500-million target.”

Announced during the Green Horizon Summit at COP 26, the Climate Finance Partnership (CFP) has already “secured backing from the French, German, and Japanese governments,” reports City a.m. Other public bodies, “including the three state-owned development banks, French energy company TotalÉnergies, and philanthropic institutions the Grantham Environmental Trust and the Quadrivium Foundation, contributed 20% of the fund’s capital ($130 million) and have agreed to take losses before other investors,” adds the London business newspaper.

BlackRock itself has committed $20 million to CFP.

“We could have raised a lot more, and this is a great example of leveraging what public capital can do,” BlackRock CEO and Chair Larry Fink told summit attendees. “It’s essential that the private and public sector come together to share the risks of addressing sustainability in the emerging world.”

However, speaking at the COP on the same day as Fink, President Julius Maada Bio of Sierra Leone urged debt relief as an imperative to give his country and others like it the financial breathing space they need for climate action.

Noting that his country is “battling a debt crisis, the climate emergency, and the pandemic,” Abu Bakarr Kamara of Sierra Leone’s Budget Advocacy Network said debt relief is imperative in the face of these compounding crises.

“We are facing the devastation and deathly impacts from a climate crisis we did not create,” Kamara stated, urging wealthy nations to “step up and offer climate vulnerable countries like Sierra Leone debt relief and deliver on their promises of climate finance in the form of grants so we can address the climate crisis.”

Bloomberg described that plea for debt relief as a “notable move, given countries that bring up the issue tend to be punished by markets and credit ratings agencies because of worries they’ll be less likely to pay back loans.”

A recent report by the Organization for Economic Cooperation and Development said $79.6 billion in international climate finance had been delivered by the last reporting date of 2019. However, an incendiary 2020 Oxfam report found the OECD numbers to be grossly inflated.

For years, the main disconnect among the analyses has been when loans are counted toward the $100-billion goal at their full face value, rather than accounting for what’s left after repayment and interest, the Oxfam report says. There is also the issue of broader development aid being incorrectly counted as climate-specific assistance.

Meanwhile, the Climate Finance Delivery Plan, released in the week before the COP by Canada and Germany, acknowledges the imperative “to enhance private finance mobilization and to address existing barriers”. It states that “developed countries will support innovative approaches and new financial instruments to mobilize the private sector in areas and regions not yet sufficiently covered, including with respect to adaptation.”

In the opening week of COP 26, the Climate Vulnerable Forum demanded that climate finance be split equally between mitigation and adaptation, a considerable reweighting of the current model which delivers the vast majority of monies raised to mitigation efforts.

Saleemul Huq, director of the International Centre for Climate Change and Development in Dhaka, Bangladesh, told the journal Nature that adaptation attracts so little in the way of climate finance because it is “almost never… a loan-giving situation.”

“If you’re giving poor people money to help them deal with the impacts of climate change, that doesn’t generate money,” he said.

And so it is, writes Nature, that “private finance, in particular, almost always seems to go to mitigation projects that can generate returns on investment, such as solar farms and electric cars.”

With its explicit emphasis on boosting private investment in mitigation projects, BlackRock’s proposal will not be bucking this trend.