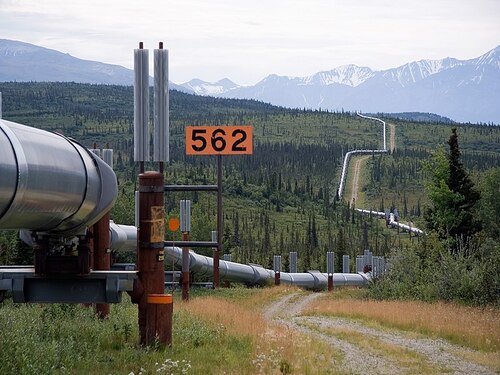 A Canadian pipeline giant is citing soaring heating prices in Europe and an electricity crisis in China as proof that the global transition to a low-carbon economy needs to be driven by a “mix of balanced policy solutions,” despite analysis pinpointing the short-term price crunch as an argument for a faster shift to renewable energy.

In a conference call with analysts, Enbridge Inc. CEO Al Monaco said post-pandemic supply disruptions and high demand for both oil and natural gas are proof that economic growth still depends on conventional energy, The Canadian Press reports. He said the energy crunch being experienced right now in parts of the world is a direct result of a failure to invest in new fossil infrastructure.

“This energy crisis that we’re in right now is entirely about underinvestment in all forms of energy, which is creating havoc with consumers, industrial competitiveness and inflation,” Monaco said. “It’s clear, if it wasn’t before, that conventional energy will be a critical part of the supply mix for a long time.”

But an assessment published the day before Monaco’s call told the opposite story. “As global leaders grapple with the planet’s future at the COP 26 climate summit, coal, gas, and oil prices are soaring around the world, driven by rebounding energy demand post the pandemic, extreme weather events, and planned and unplanned outages,” wrote the Institute for Energy Economics and Financial Analysis. “More clean energy investment will insulate against this fossil fuel price volatility.”

On Friday’s analyst call, Monaco said Enbridge views itself as a “bridge” to a cleaner energy future, and has been shifting its asset mix toward lower-carbon sources of energy for several years, CP writes. It has significantly expanded its natural gas business and connections to liquefied natural gas (LNG) markets, built up a renewables business, and is now investing in hydrogen, renewable natural gas, and carbon capture, utilization and storage (CCUS). That’s despite the shaky economics and poor performance of current carbon capture ventures, and fossil companies’ own estimate that they’ll need up to $52.5 billion in taxpayer subsidies through 2050 to make the technology work.

While the energy transition is real, Monaco said, governments must be “thoughtful” about the pace and scale of execution, keeping the consumer in mind.

“Most important, in our view, we have to embrace natural gas because it’s simply the enabler of building more wind and solar supply, among other things. And it’s a great source of reducing emissions just like it has been to this point,” he said.

Monaco said the key to the transition will be incentives for economy-wide emissions reductions and efficiency measures. He also called for an immediate focus on “regulatory certainty” and support for CCUS investment.

Gas prices in Europe have increased by more than 170% since the start of the year, mainly due to surging global demand for energy, and gas in particular. EU member states are at odds on how to respond to the supply crunch in the long term.

In China, local governments have been doubling down on meeting energy consumption targets set by Beijing in September to ensure China’s carbon emissions peak by 2030. Factories and companies were ordered to reduce or even halt production temporarily.

But IEEFA looks at the same supply and demand issues and reaches a rather more practical conclusion on next steps.

“Faced with record high gas and coal prices, many power sector companies and energy intensive industries turned to oil to save money. International oil prices subsequently hit a seven-year high in early October, having been negative only 18 months back,” IEEFA writes. Meanwhile, “the ever-reducing cost of solar and wind energy now contrasts markedly with the high prices for fossil fuels.”

Those “pricing dynamics—especially for import-reliant countries such as China, India, and Vietnam—are likely the catalyst for many countries accelerating their inevitable transition to renewable energy.”

The main body of this report was published by The Canadian Press on November 5, 2021.