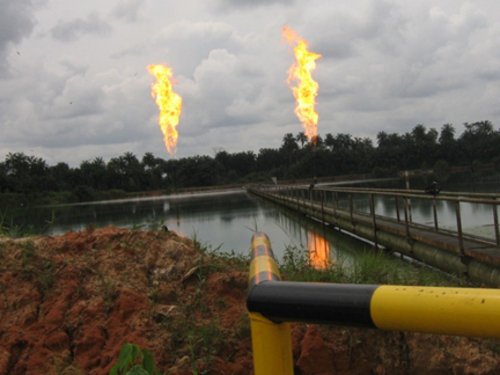 The Global Methane Pledge announced Tuesday during the United Nations climate conference, COP 26, needs to boost its target for reducing emissions of the climate-busting gas from 30 to 50% by 2030, according to an analysis by a trio of climate experts.

On Day Two of COP 26, more than 100 countries signed on to cut global methane emissions by at least 30% from 2020 levels by 2030, in order to rapidly shave a critical 0.2°C off projected global warming.

But “at least” needs to mean closer to 50%, warns Piers Forster, director of the University of Leeds Priestley International Centre for Climate, and co-author of the latest assessment report from the International Panel on Climate Change (IPCC), in a guest post for Carbon Brief.

Forster and his co-authors— Dr. Chris Smith, senior research fellow at Priestley and at the International Institute for Applied Systems Analysis (IIASA), and Dr. Joeri Rogelj, director of researcher at the Grantham Institute—used simple climate models known as emulators to demonstrate that “cutting methane can have a huge impact on limiting near-term warming, but global methane reductions of around 50% will likely be needed to realise the 0.2°C saving.”

Indeed, the graphs that accompany the Carbon Brief post suggest the current pledge will never, in fact, achieve its goal.

However, in a finding that reverberates back on the absence of mega-coal producers Russia, India, China, and Australia from the pledge (Australia quite stridently), Forster and his team concluded that a 30% methane cut plus a rapid coal phaseout of coal could deliver on the 0.2°C reduction and benefit public health.

What isn’t clear in the Carbon Brief post is how the methane emitted from coal mines across their operating life factors into this calculation. Old coal mines have been identified as key sources of methane, but operationalcoal mines leaked 40.5 million tonnes of methane in 2020, as climate think tank Ember points out, citing International Energy Agency estimates. “Using a multiplier of 86, as recommended by the IPCC to assess the short-term climate impact of methane, this means coal mines leak methane equivalent to 3,490 million tonnes of CO2 each year,” Ember adds.

Methane is a shorter-lived greenhouse gas than CO2 but, as Ember’s numbers reflect, it’s 80 to 86 times as potent a warming agent over a 20-year span, the period when humanity will be scrambling to get climate change under control.

Affirming the “need for speed” on methane, the authors note that “methane emissions from agriculture, fossil fuel leaks, and waste have contributed 0.5°C of global warming to date, compared to CO2’s contribution of 0.8°C.”

Their analysis comes six months after the Climate and Clean Air Coalition and the UN Environment Programme concluded that a 45% methane reduction this decade could shave almost 0.3°C off future global warming by the 2040s.