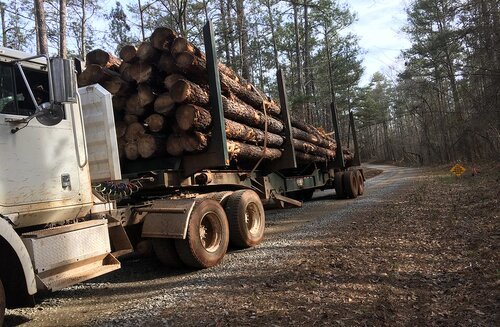 More than 100 national leaders representing more than 85% of the world’s forests pledged to halt and reverse deforestation and land degradation by 2030 in an announcement on the second day of the United Nations climate conference, COP 26, Tuesday morning.

Countries endorsing the Glasgow Leaders’ Declaration on Forest and Land Use included Canada, Russia, Brazil, Colombia, Indonesia, and the Democratic Republic of Congo, among others. But independent analysts said funding for the plan falls far short of what’s needed and critiqued the forest management records of two key signatories, Brazil and Canada.

“Our challenge now must be to halt deforestation and begin restoring forests around the world, and we must do this within the decade or risk the collapse of forests worldwide. It’s a huge undertaking,” naturalist David Attenborough said in a prepared video. “We need to accelerate action on a global scale.”

“Climate change and biodiversity are two sides of the same coin,” added UK Prime Minister Boris Johnson.” We can’t deal with the devastating loss of habitat and species without tackling climate change.”

On top of the basic pledge, 28 of the countries “vowed to work to remove deforestation from the global supply chain for goods such as palm oil, soy, and cocoa. And 30 financial institutions covering more than $8.7 trillion in assets agreed to eliminate investment in commodity-driven deforestation,” the Washington Post writes.

An announcement from Johnson’s office at 10 Downing Street implied countries would be able to get the job done with £8.75 billion in public and £5.3 billion in private funds over five years, calling the joint pledge “the biggest step forward in protecting the world’s forests in a generation.”

That would have been a rather short generation, though, after more than 200 governments, business, civil society organizations, and Indigenous representatives signed the 2014 New York Declaration on Forests, vowing to cut tropical deforestation in half by 2020 and end it in 2030. Seven years in, Climate Home News reports, “a majority of forest nations have not embedded those goals in their latest climate pledges to the UN,” Climate Home News reports. “Of the 32 biggest forest nations, only India has set an ambitious tree planting target and others are falling far short.”

The Downing Street release stated that forests “are the lungs of our planet, absorbing around one-third of the global CO2 released from burning fossil fuels every year, but we are losing them at an alarming rate. An area of forest the size of 27 football pitches is lost every minute.”

The Post points to reforestation efforts outside the bounds of formal international agreements, including a post-tsunami campaign in Pakistan to replant 10 billion trees and Costa Rica’s plan to pay farmers to protect trees near their farms, a strategy that was one of five inaugural winners of UK Prince William’s Earthshot prize.

But yesterday’s announcement drew its share of skepticism, with observers pointing to one key signatory—Brazil—that has drastically accelerated deforestation and persecution of Indigenous forest communities in the 1,000 days since President Jair Bolsonaro, aka “Capitão Motoserra” (Captain Chainsaw), seized power. Independent analysis of Brazil’s latest Nationally Determined Contribution (NDC) under the 2015 Paris climate agreement suggests the country actually plans to increase its deforestation and associated emissions.

More broadly, the Glasgow Declaration doesn’t provide nearly enough funding to deliver on its target, Stand.earth said in a release.

“While the £14 billion laid out in this declaration looks significant at first glance, it falls short of what’s needed to meet the climate change targets of the 2015 Paris agreement,” Forest Programs Director Tyson Miller said in a release. “Meeting the 2015 goals would mean spending an estimated US$45 billion to $460 billion a year to protect, restore, and enhance forests. While there are some encouraging and positive elements connected to this announcement, we need more ambition, bolder action, a quicker timeline, and a lot more funding if it’s going to be effective.”

In Canada, meanwhile, loopholes in reporting carbon emissions from boreal forests will undermine the country’s climate and emissions performance, according to new analysis by four major environmental groups.

Governments are failing to report the annual release of more than 80 megatonnes (Mt) per year of greenhouse gases from boreal forests, Environmental Defence Canada, Nature Canada, Nature Québec, and Natural Resources Defense Council conclude, in a report [pdf] released in the week leading up to the COP. That’s a significant increase over Environment and Climate Change Canada’s economy-wide estimate of 730 Mt per year.

The report says Natural Resources Canada (NRCan), the federal department that does the carbon accounting for the forestry sector, creates an artificial carbon sink by excluding the impact of major wildfires in primary forest (areas undisturbed by significant human disturbance) and annual clearcutting of 400,000 hectares. The NRCan inventory in 2019 said managed forests were a net annual carbon source of 5 Mt, but a more accurate assessment would be 85 Mt, according to Jennifer Skene, natural climate solutions policy manager with NRDC’s International Program.

Protecting forests is essential to avoid the worst impacts of climate change because trees absorb one-third of human-caused carbon emissions from the atmosphere. Canada’s boreal forests hold some of the world’s last large stretches of primary forest, which plays a crucial role in achieving a sustainable future, the report notes.

The Canadian boreal is the world’s “most carbon-dense terrestrial ecosystem, storing twice as much carbon per hectare as tropical forests, making it an essential ally in the fight against climate change,” it states. The conversion of primary forests into second-growth forests which store less carbon “is transferring large amounts of carbon into the atmosphere, driving significant climate impacts.”

Forests can emit carbon and methane due to wildfires, insect infestations, and decomposition, and estimating how much carbon trees produce and how much carbon they sequester is a key element of climate modelling. “The NRCan model currently does not account for the long-term loss of trees associated with certain types of forest infrastructure including most logging roads, landings, and seismic lines for oil and gas exploration,” the report explains.

“Canada has crafted a different set of rules for the logging industry that downplay its emissions and exempt them from carbon regulations,” it adds. “In effect, the government has skewed the cost-benefit equation underlying its approach to forest policy in a way that misrepresents the actual carbon cost of industrial logging and therefore undervalues the benefit of protecting existing forests… effectively giving the logging industry a free pass on its carbon emissions.”

The solution is for Canada to reform its carbon accounting and regulatory practices to show how forest policies can genuinely help international climate targets, the report says. It suggests six steps the country can take to become a leader in conserving the boreal as a natural climate solution.

“By closing its logging loopholes, Canada will open up unprecedented pathways toward climate leadership, marketplace sustainability, and the protection of the forests that are vital to preserving a safe, healthy future.”